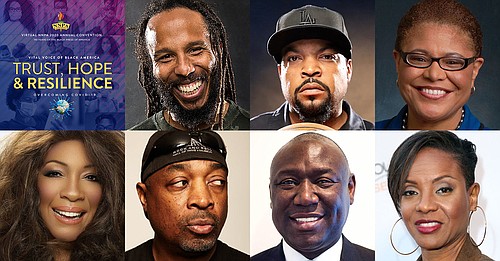 “Our publishers work so hard, and they have fought the good fight for so long, this conference and what NNPA has put together and accomplished with digital has let the world know how vital the Black Press is and always have been,” said NNPA Chair Karen Carter Richards. Courtesy Photo

The first virtual convention in the 80-year history of the National Newspaper Publishers Association (NNPA) earned a thumbs-up from partners and sponsors.

The successful event’s website, vitualnnpa2020.com, generated more than 55,000 pageviews to conference attendees in only two days. Several hundred thousand additional impressions were generated by social media posts and livestreams on Facebook and YouTube.

“We share in your excitement and applaud your efforts in successfully executing the first virtual NNPA Annual Convention,” Lester Booker, of General Motors Communications, wrote in a congratulatory email to NNPA President and CEO Dr. Benjamin F. Chavis, Jr.

“Over the past two days, I’ve had the opportunity to view some of the convention and was impressed with its content, execution, and professionalism,” Booker continued, noting that GM officials continue to value and appreciate the company’s more than 50-year partnership with the Black Press of America.

“The NNPA overall is pleased with the impact, the reach and the engagement across the United States and throughout the world for our first virtual convention,” NNPA President and CEO Dr. Benjamin F. Chavis, Jr., stated.

Chavis added that the NNPA remains most grateful to its corporate sponsors for helping to make the first virtual convention a success.

“We intend to let the world know that we appreciate our partners and sponsors and their support,” Chavis declared.

Claudette Perry, the NNPA’s executive administrator, stated that she’s breathing a sigh of relief that the convention was well-received by so many viewers.

“I was very delighted that many of the celebrities whose stories have been conveyed through the Black Press for decades showed their appreciation for our publishers with their congratulatory sentiments on our first virtual convention as well as their recognition of 193 years of the Black Press,” Perry said.

“To the NNPA in-house production team, I say thank you for all the great content and design you brought to the convention virtual space. You are awesome. I thank also the young people on the technology panel who had great advice for us ‘beyond millennials.’”

“To our corporate partners and sponsors I extend my deepest appreciation for their support of our 2020 convention. The NNPA will continue showing its support for each of you, post-convention and throughout the year.”