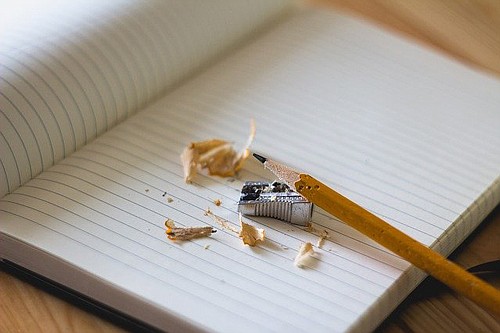 Baltimore City Public Schools (BCPS) system has the unenviable task of safely returning students to school, or a stable, effective learning environment, in six weeks in the midst of the deadliest pandemic in a century. Courtesy Photo

Baltimore City Public Schools (BCPS) system has the unenviable task of safely returning students to school, or a stable, effective learning environment, in six weeks in the midst of the deadliest pandemic in a century.

Despite Governor Larry Hogan’s respectable stewardship fighting the coronavirus in Maryland, the raging disease flaring in other parts of the country is a mortal threat to us locally as the disease respects no geographic boundaries.

“Closing the Distance, Preparing for Reopening of City Schools” is the theme the board of education has adopted to convey the daunting task to maintain instructional continuity and the highest standards of learning for Baltimore students who were receiving a less than stellar aeducation prior to COVID-19.

Tentatively, the plan outlines a 3 Phase Framework. Phase 1 is fully remote learning, 100 percent virtual. Phase 2 is a hybrid model, combining virtual and some limited in-person classroom instruction, and Phase 3, “the new normal” is mostly in-person learning with some virtual as needed, incorpor- ating hygiene and distancing best practices as necessary.

Dr. Santelises’ July 9, 2020, virtual town hall also shared some preliminary results from polling the District conducted between July 1st and 8th from 7,665 respondents that revealed 83 percent of families were satisfied with the support received from their children’s teachers with distance learning and 81 percent who felt that school’s communicated clear curricular expectations.

On the downside, 48 percent of families reported their student’s emotional well-being suffered and 30 percent felt their children lost academic ground. The results were inconclusive among families regarding the overall efficacy of distance learning. Juggling work versus caring for at-home children appeared to be parents’ most challenging task.

As difficult as Baltimore City Public School administrators’ jobs appear to be, there are a plethora of related issues that must be addressed in coordination with City Hall to assure a smooth return to school next month whether instruction is virtual or in-person.

Moreover, since the African American population has been determined to be more susceptible to coronavirus, exposing children to the disease in the school environment, coupled with the vulnerability of people in their imme- diate proximity, how long would it take to spark an uncontrolled spread in Baltimore?

One in seven, 14.5 percent of Baltimore’s population, is over 65 years old. These are the grandparents and elder relatives of the city’s 90,000 students. The risk of exposure from infected child carriers to older family members could be calamitous.

With a lag time of two to three weeks before COVID-19 fully displays symptoms, and with current test result turn-around times as long as seven to 10 days, an outbreak in the city school system would be catastrophic before it was ever determined there was a problem.

While all of these issues are being weighed, there are other pressing logistical issues that must be resolved. In the event that students were to return to the classroom en masse how would social distancing be maintained for students transported by bus? If capacity is reduced on buses how will all students be transported to school on time?

If all students are taught virtually at the start of school how will the shortage of laptops and electronic notebooks be addressed? What about students who don’t have Internet access?

Then there is the question of nutrition. Under the long-distance learning scenario, how will students continue to receive school-served breakfast and lunch, particularly during inclement weather?

These concerns are very real. Tune-in and stay tuned to developments regarding city school reopening plans and to COVID-19 in general.

Adopting “Closing the Distance” as its theme becomes crystal clear when you consider how far Baltimore City Public Schools has to go to safely and effectively educate our children in the age of COVID-19.

a married father of four. He is an artist, writer and media professional specializing in political history.