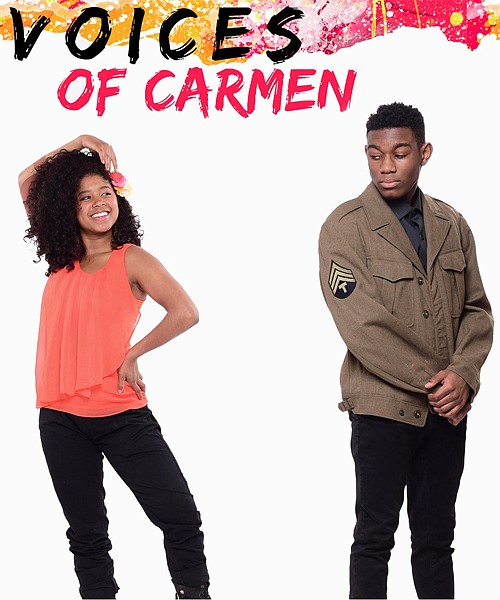 An award-winning actress/director/choreographer has brought a youthful, modern-day flavor to a century-and-a-half old opera classic. CJay Philip, Artistic Director of Dance & Bmore, a multidisciplinary Baltimore based ensemble, is the creator of “Voices of Carmen” (VOC), a musical adaptation of the opera Carmen.

Set in a high school, the VOC musical brings a contemporary spin to this iconic story that’s filled with fresh, yet familiar renditions of George Bizet’s compositions, as well as a dozen original Pop, Hip Hop and R&B songs, written and arranged by Philip, and her husband Winston Philip.

A virtual performance of excerpts through the Enoch Pratt Library premiered July 20, 2020, and an out- door “Carmen Concert” will take place July 30, 2020 at Eager Park

“I’m very excited to continue this program for our young people who had so much of their lives cancelled this year already,” said Philip. “Despite the state of the world, we felt that the show must go on and have been figuring out how to produce a virtual/video production that I think will be groundbreaking for a musical.”

Carmen is an opera by Georges Bizet based on an 1845 novella by French dramatist Prosper Mérimée. The title character, a wild Spanish gypsy, is unscrupulous in matters of the law and of he heart. Carmen is an enduring story of passion, lust, jealousy, obsession, and revenge.

“Twelve years ago, I wrote this adaptation of Carmen,” said Philip. “I wrote the script and we had a summer program in the hills of Switzerland. We had lines wrapped around the block to see the show. I wanted to do the show in the U.S. All I needed answered was the ‘when?’ and ‘why’? My husband and I moved to Baltimore in 2010. As soon as I met the young people in Baltimore, I was like ‘OMG, these young folks are really talented.’ That answered the ‘when?’ and ‘why?’ In 2018, I formed the Carmen Youth Council.

”She added, “I gathered around the Youth Council, and in February we started doing workshops. I asked them if they thought the story of Carmen was too far-fetched. They said it was happening everyday at school. The production was an opportunity to look at the emotional health of our youth.

” The piece examines escalating conflict among young people, and hopes to serve as a catalyst for community dialogue and improved emotional health and aware- ness, while providing resources for conflict resolution. VOC has 34 young people, 26 cast members and eight crew members mentored by a staff of eight adults.

“There are 19 zip codes and 20 schools represented,” said Philip. “Before the shutdown happened due to COVID-19, we wanted youth to have a voice inside this musical. We give them a lot of leadership. I am so blown away by our young people. They are so creative. I am so excited.”

In addition to rehearsals, every Wednesday special guests present workshops in job training and professional development for the cast and crew. There are also workshops on three social emotional components that build on each other – Emotional Intelligence (reading, video, and written reflection); Restorative Practices workshop led by Restorative Response Baltimore; and a teen workshop on Intimate Partner Abuse by the House of Ruth. 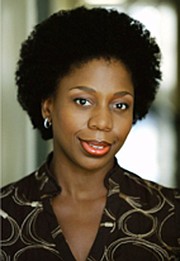 CJay Philip, Artistic Director of Dance & Bmore, is the creator of Voices of Carmen

“VOC premiered in Baltimore in July of 2019,” said Philip. “Looking at 2020, we had every expectation to do this live. We partnered with the House of Ruth working with young people. I wanted to do something for people who feel they are at the edge. The theme for our show is ‘Crossroads.’ You can make a decision that can change the trajectory of your life.” Philip, who has performed in several Broadway productions, has directed and choreographed hundreds of musical and performance events around the world including “The Who’s Tommy,” and the Emmy Award–winning NBC broadcast of the “McDonalds Gospel Fest.” She teaches Interdisciplinary Collaboration at Baltimore School for the Arts, and Musical Theater at Baltimore Centerstage. “Carmen is fiery, but substantive,” she said, noting the production was submitted and chosen by several theater festivals. “One of the other important things about this show, is that it can be duplicated. Schools don’t have to cancel their musical. They can still be fully engaged.”

According to Philip, VOC is being made available for production at schools and regional theaters across the country. Included in the production package are best practices for collaboration between students and faculty: safe space guidelines, collaborative language, and youth leadership roles developed by the Carmen Youth Council.

On July 30, 2020 at 6:30 p.m., an out door “Carmen Concert” will be held in Eager Park, located on N. Wolfe Street. The event is free, but attendees are asked to register through Eventbrite at https://www.eventbrite.com/e/voices-of-carmen-outdoor-concert-tickets-114354027976.

On August 13-14, 2020 at 8 p.m., VOC will hold a drive-in “Carmen Concert” performance in partnership with Motor House on W. North Ave. On August 27, 2020, a movie musical live-stream of VOC will premier at 7 p.m. on Voices of Carmen YouTube Channel, followed by a VIP virtual After Party withthe cast.