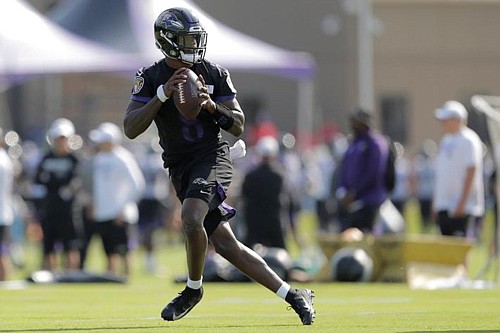 The Covid-19 pandemic has turned just about every facet of life upside down. Like everything else, National Football League (NFL) training camps are not immune to the effects. Fans of the Baltimore Ravens won’t be permitted to attend training camp practices this year.

Closing training camp to fans is a joint decision between the NFL and the National Foofball League Players Association (NFLPA). The league’s mandate supersedes any state decisions that may allow large gatherings.

For many Ravens fans, heading to the Under Armour Performance Center braving the dog days of August to get an up close look at their favorite team was an annual occurrence. Due to the expensive costs for tickets to games, training camp was the only opportunity for the average fan to see the Ravens in person.

The bleachers that surround the practice fields at the Under Armour Performance Center can hold up to 2,000 fans according to the team site. On any given day, those bleachers were full of fans in previous years.

The Ravens are one of the most popular teams in the NFL. The franchise has a unique bond and connection to the community. A lot of the players normally have football camps for the underprivileged youth in the Baltimore area. These camps weren’t able to take place this year because of the pandemic.

The team is aware of how much the fans love the Ravens. But they’re wisely taking a safety first approach. “It is critically important that we protect the well-being of our players,coaches, staff, fans and overall community,” Ravens President Dick Cass explained via the team site. “Health and safety will always be a top priority, and while we are disappointed that fans will not attend training camp, we believe this decision is in the best interest of the public and our organization. We look forward to welcoming back fans in the future when we can safely do so.

” It’s unfortunate that so many fans won’t get that up close look at the Ravens but it’s more important to do everything possible to limit the spread of Covid-19.