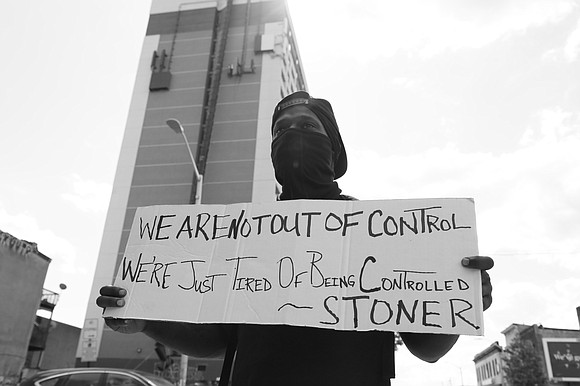 On most weekday evenings since the onset of the pandemic, I jump into my minivan and drive to a property our firm manages on behalf of a healthcare client. Due to the late hour, I am always able to park in the first space after the bus stop, in front of the building. This space offers a great vantage point from which to quickly scan the courtyard for unusual activities before I begin my inspection routine.


My routine usually requires less than 15 minutes. First, I inspect the suite entrances and storefronts looking for broken glass or doors ajar. Next, I enter the service entry door and walk through the interior hallways and mechanical room listening for unusual noises, sniffing for unusual odors and looking for anything out of order. Finally, it’s up to the rooftop parking deck to observe the mechanical equipment, and check for newly deposited trash, personal effects stashed by the homeless and spent consumables left behind by illicit drug users. I take pictures to record my observations. If all goes well, I am able to quickly complete my routine, return to my vehicle where I jot down a few notes, and then drive home.

This past Monday evening began as usual. I parked in my favorite spot. Alley— clear of people and trash. Dumpster— clear of residential trash bags and bulk trash. Storefronts— five of eight secure and intact. Inspecting the last three requires my walking into the cul-de-sac, a portion of the courtyard that is tucked away and not visible from the street. Entering the cul-de-sac presents the most physical danger to me. I never go there alone after dark. Before entering, I dial-up my already heightened ADD sensitivity to “hyper” mode. I never wish to surprise or be surprised.

I turn the corner, scanning the final three storefronts, when I detect an anomaly. The service entry door is propped open and the glass pane is shattered. Bad news. I now enact my three-hour break-in routine.

This routine begins with my calling the police. When they arrive, they search the interior, collect crime scene evidence if appropriate, and issue a report. Next, I call the glass company, requesting them to board the door or window until the glass can be replaced. Once boarded, I can return home.

About four times every year, someone breaks into this building. I enact my break-in routine every time. Every time except tonight. While awaiting the police, I received a call from the glass company. They inform me that, due to the “riots,” their 24/7 emergency boarding and glass replacement services will not be available in my section of Baltimore. The property is located on West North Avenue, in Reservoir Hill.

The “riots” the technician referenced were mostly peaceful demonstrations taking place in Downtown Baltimore since early afternoon. True, some minor looting had occurred on Saturday night, but Sunday had been peaceful and as of 9:30 p.m. on Monday, when I spoke to the glass technician, the non-violent confrontations between the police and the protestors had not even begun. Monday had witnessed a substantially larger number of protestors who, at one point, had shut down I-83, the Inner Harbor and the public transportation systems in Downtown Baltimore. But all actions had been peaceful and mostly non-violent.

I was now listening to a terrified male— likely Caucasian given he said he was calling from Essex— who feared for his personal safety in Baltimore City during a night of peaceful protests against the murder of George Floyd one week earlier by a brutal, criminal, white police officer in Minneapolis. I wondered what did this white technician know about fear?

Neither he nor the homeless, drug addicted, white men and women who take shelter in my cul-de-sac will ever know the fear experienced by George Floyd as he begged for his life in the eight minutes and 46 seconds before his murder. The technician and my cul-de-sac visitors will never know the fear black men experience living their lives in the United States or whenever encountering a police officer. They will never know the fear I carry when I turn that corner into the cul-de-sac. Yes, I fear someone in the cul-de-sac may try to attack me but what I really fear is that some police officer, who sees me enter the courtyard of the property I have been hired to manage, follows me into the cul-de-sac, draws his gun and kills me when I turn around startled to learn I have been followed.

They will not know my fear as I am pulled over while driving away from the property after completing my inspection routine. The officer will only see me exit the courtyard of an office complex at dusk. He will see me jump into my car, do something for a few minutes, and then pull off. After he stops me, and after asking for my license and registration, he will observe all manner of “dangerous” tools in my minivan, will draw his gun, and will fire when he believes I am reaching for a tool rather than the registration card he requested.

However like most of the black men I know, I carry my fear hidden beneath a proud, tough exterior. I try not to let that fear consume me or alter my optimistic outlook but I do keep my hands visible when stopped by the police. And today, I salute the diverse group of men and women around the country who peacefully protest the murder of George Floyd.