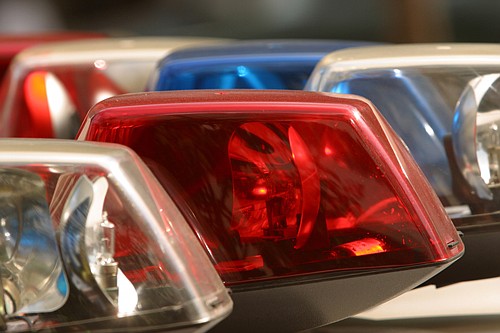 It was Negro History Week, 1968. I couldn't wait to get home from school to tell my grandfather what I had learned. Papa, 89-years-old, still lucid and engaged, always asked about my 'lessons' in 4th grade.

When I told Papa that President Lincoln freed the slaves he chuckled. I asked why?

He said Lincoln hadn't freed slaves. He said President Lincoln signed a paper that changed very little. We had heard stories that Papa's parents had been born slaves, and how he was raised a slave even though he was born in 1879, after the Emancipation Proclamation.

Papa said since slaves were mostly illiterate, had no money, nowhere to go, and no way to get there, setting them 'free' wasn't real.

Not fully grasping 'slavery' at nine-years-old, I got a bitter lesson in what it meant to be African American eight weeks later, when Martin Luther King Jr. was assassinated. It was the first time I saw my parents and grandfather cry.

Living a half-mile from Baltimore's downtown and two blocks from the 5th Regiment Armory, the staging area for the Maryland National Guard, whose heavy military vehicles and jeeps full of guardsman rumbled past our front door 24/7 preparing to repel the uprising that followed King's death, was eerie.

The all-white troops with automatic weapons and German Shepherd's like the ones I'd seen on TV attacking civil rights marchers looked ominous. My parents' fear was palpable.

From my 3rd floor bedroom window I saw fires raging downtown, and heard sirens day and night, along with loud radio dispatches from the National Guardsman's walkie-talkies. The evening news reports of fires, people killed, hundreds injured, and thousands arrested compounded my fright.

A white man had killed Dr. King and more white people were coming to kill the rest of us was how my nine-year-old brain processed it. These series of events and being called a nigger, threatened with arrest, and ordered out of the store by a merchant, fours years later left ugly impressions on my psyche.

These heavy-handed policing tactics had grown out of slave patrols, a more than 300-year policy of subjugating African Americans. According to a scholarly analysis on this topic in 2006 by Turner, Giacopassi and Vandiver, "the Slave Patrol should be considered a forerunner of modern American law enforcement.”

Slave Patrol behavior continued openly as a legal police policy and practice despite the passage of the Civil Rights Act in 1964.

Fast forward to 1980. On a cold winter night a guy I knew came by at 1 a.m. on a Monday to say my 21-year-old brother had been shot by Baltimore City police and was taken to University of Maryland Shock Trauma, clinging to life. My brother survived the shooting after a two-month hospital stay.

The police report said he matched a robbery suspect and was approached from behind by patrol officers with guns drawn, telling my brother to raise his hands. The report continued that my brother wheeled around with a gun in his hand and officers fired. The report concluded that a gun was found under a nearby car, without a firing pin.