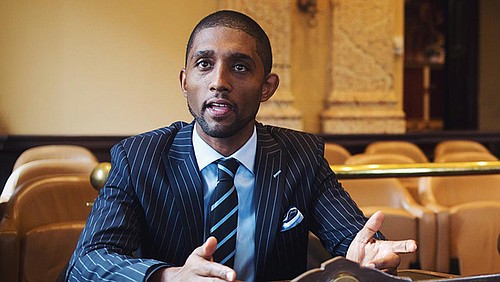 As he ran for the mayor’s office, City Council President Brandon Scott often declared that, “We can make Baltimore better.”

The 36-year-old is closer to getting that chance.

Scott was declared the winner of the city’s Democratic primary race for mayor.

“Our campaign was about proving to the world that a young black man who grew up in a forgotten Baltimore here in Park Heights could survive everything that you have to live through in Baltimore – the gun violence, underfunded schools, living in neighborhoods with vacant homes, living in areas where you know that you would not be recognized even as human by your own city government – that somebody could survive all of that to be the leader of this city, this great city," Scott stated.

In his role on the Baltimore City Council, Scott has helped lead the fight for a livable minimum wage, reform the Baltimore City Police department, and launch groundbreaking initiatives to invest in and improve schools and recreational centers.

Selected unanimously in 2019 to serve as president, Scott first earned election to council in 2011 at the age of 27.

In 2018, he was awarded the Public Service Award from the Young Elected Officials Network. Scott is also a subject in “Charm City,” a documentary about individuals working to reduce gun violence in Baltimore.

“I would like to congratulate President Scott on becoming the 52nd mayor of the great city of Baltimore,” Jack Young, the current mayor, stated during a meeting after the primary.

“I am looking forward to the transition to get your feet on the ground early. I encourage you to surround yourself with good, knowledgeable people. It’s about making sure this city will continue to move forward,” Young said, before adding a caution: “Watch out for the snakes, there's plenty of them."

Scott had to overcome a challenge by former Mayor Sheila Dixon, whom polls had ahead just days before the primary.

"I want to say thank you for running a clean race about the future of Baltimore City,” Scott told Dixon after his victory. “Thank you for showing people that Baltimore does believe in second chances ... thank you for your service."

Shannon Wright won the Republican primary, but because Democrats outnumber the GOP by 10-1 in the city, the consensus is Scott will easily prevail in November’s general election.