Industry Newcomer Stars Alongside Ben Affleck In ‘The Way Back’ 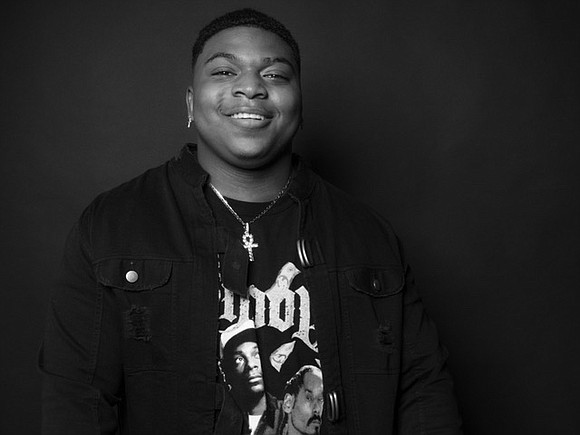 Charles Lott Jr. did not expect to follow the path of an actor but he says that’s what the universe had in store for him. On Friday, March 6, 2020, Lott, who always dreamed of becoming a professional athlete, hits the big screen in the sports drama-themed film, “The Way Back.”

Long after his high school playing days, Cunningham is offered an opportunity to return to glory as coach of his former team, where he eventually is forced to confront his demons.

Lott portrays Chubbs Hendricks, one of the players on Cunningham’s team.“Being in this movie was so hot,” said Lott, who has also appeared on the hit television show “Modern Family,” and the 2020 movie, “68 Whiskey.”

“Ben Affleck is an outstanding actor, and I felt comfortable being able to work with him and to learn from the guys in the rest of the cast,” Lott said.As an industry newcomer, Lott says he has taken every opportunity to learn from other actors. In addition to forging a relationship with Affleck, who earned Oscars for “Good Will Hunting,” and “Argo,” Lott has formed bonds with his “The Way Back” co-stars.

“When I’m not acting, I spend a lot of time at the movie theaters, and I go to the movies a lot. I’m a weirdo like— I’ll tell people I went to the movies and they’ll be like, ‘Who did you go with?’ Like what? Me,” he said. Like many actors, Lott also has roles in mind that he’d love to try.“I always want to play a superhero,” Lott said. “I want to be able to do comedy too, and animations and dramatic roles. I want to be able to show versatility,” he said.As far as his Baltimore connections, Lott called the city great. He says his father is “obsessed with Baltimore.”