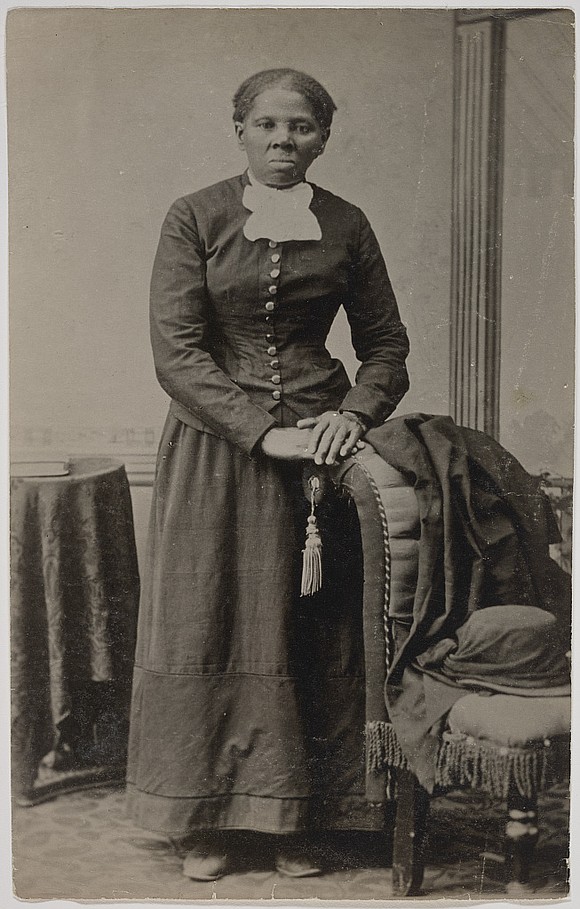 In recognition of Harriet Tubman Day, U.S. Senators Chris Van Hollen and Ben Cardin (both D-Md.) and Amy Klobuchar (D-Minn.) are announcing the reintroduction of their legislation to honor Harriet Tubman with a statue in the United States Capitol.

"Harriet Tubman is an American hero. Born in Maryland, she became a conductor on the Underground Railroad where she led slaves to freedom. During the Civil War, she served as a Union nurse and spy, and later in life, she was a strong advocate for women's suffrage,” said Senator Van Hollen. “Harriet Tubman led by example, and her heroic fight for freedom and equality for every American should be permanently memorialized in the U.S. Capitol. The Maryland General Assembly recently unveiled their statue of Harriet Tubman, and it’s time the Congress take a similar step. I’m proud to reintroduce this legislation today, in recognition of Harriet Tubman Day, and I will keep pushing until the Harriet Tubman statue is placed in the Capitol.”

“Harriet Tubman is an iconic figure in our nation’s history, for whom liberty and freedom were not just ideas. Her legacy is an essential part of the story of America’s evolution from a slave-holding nation into one that recognizes the importance of African Americans and women in creating the fabric of our nation,” said Senator Cardin. “Harriet Tubman’s courageous story is one that must be told in the halls of Congress and with every visitor to the U.S. Capitol from across the country and around the globe. I can think of few greater examples of bravery and valor about which to teach our future generations.”

“Harriet Tubman spent her life fighting for liberty and equality. She repeatedly risked her life for the freedom of others and to bend the arc of our moral universe towards justice. The images that we present in the Capitol reflect who we are and who we hold to be the most important figures in our country’s history. There is no question that a statue of Harriet Tubman should be in the Capitol,” said Senator Klobuchar.

In 2012, the Maryland General Assembly passed legislation creating the Harriet Tubman Statue Commission to fundraise and commission an artist to sculpt a statue to donate for display in the U.S. Capitol Building. Congress must pass legislation in order to accept the donation, and this bill is the critical next step in the process. It will direct the Joint Committee on the Libraries, which manages art in the U.S Capitol Building, to enter into an agreement to accept the statue after it is completed.

"It was a very long road for Harriet Tubman from the Eastern Shore to freedom," said Linda Mahoney, President Emerita of Maryland NOW and Chair of the Harriet Tubman Statue Commission. "But instead of stopping when she was safe, she returned to free slaves and perform other heroic deeds. And that wasn't enough for Harriet; after the war she raised money for education and hospitals for former slaves and worked for women's suffrage."

Mahoney continued, "Thanks to Sen. Susan Lee and other visionaries in the Maryland General Assembly, and now thanks to Senator Chris Van Hollen, Senator Ben Cardin, and other Congressmembers, we are finally a few steps further toward moving a statue of Harriet Tubman into the U.S. Capitol. The Maryland Chapter of the National Organization for Women has been privileged to lead the effort to recognize this true American hero, and we thank the thousands of Marylanders who signed petitions and lobbied for a statue to this icon of freedom. We look forward to being able to start the fundraising after Congress authorizes the placement of the statue in the U.S. Capitol, where Harriet Tubman can inspire many generations of visitors."