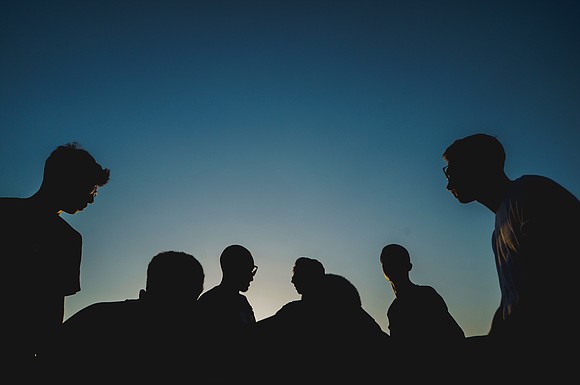 How often are young people asked to voice their opinions about the violence in their lives? Yet, day-to-day, generation-after-generation, youth in Pittsburgh and across the nation are impacted by the violence and trauma resulting from poverty and discrimination. Society may see these youth, especially young people of color, as victims or instigators, but they may very well be the creative problem-solvers needed to identify and make the significant changes required to overcome the challenges facing many of our communities.

The Pittsburgh chapter of Black Women for Positive Change (BW4PC), a national anti-violence organization, launched and essay contest as a part of their national "Week of Positive Change, Non-Violence, and Opportunities" as an activity specifically designed for students in Pittsburgh. Because too many of our children and teenagers experience violence, they were prompted, "What do you think could be done to change the violence in your neighborhood; what kind of plan would you develop to stop violence in your community?" The Pittsburgh Essay Contest was inspired by a 2018 national creative expressions contest, sponsored by American Family Insurance and managed by Black Women for Positive Change. The 2018 contest reached 47 schools in 15 states, including Pennsylvania.

Understanding the youth perspective is essential to developing viable plans to address the issues within communities that effect their daily lives. The six judges, including Dr. Stephanie Myers, National Co-Chair, Black Women for Positive Change and President of the Positive Change Foundation; a university English professor; a minister; a digital media specialist; a business leader; and a non-profit executive, were all impressed with the depth of emotion, as well as the proposals highlighted in the essays. Highmark Health very graciously sponsored the contest, and Voices Against Violence, the Pittsburgh Coalition Against Violence, and the Jewish Federation of Greater Pittsburgh were collaborators.

Congratulations go out to First Place Winner, Srilekha Sapram, a seventeen-year-old junior at Gateway High School, who analyzed violence not only at a community level, but also nationally and globally, addressed racism and stressors like social media, and noted the need for improvements in education and access to and acceptance of mental health care. Tkai Ekunfeo, was awarded Second Place and attends South Allegheny High School as a fourteen-year-old freshman. This essay focused on the need to "refurbish" distressed areas; mindfully select, train, and assign police officers; and for youth "anti-violence" programs.

The Third Place essay, submitted by Aiden Nicholas, a fifteen-year-old freshman at Central Catholic High School, proposed creating a new organization, called ZEAL, which would not only cultivate a stronger sense of community but also provide forums for the discussion of issues and concerns. An Honorable Mention was awarded to Darryl Strong, a twelve-year-old seventh grader at Manchester Academic Charter School, who advocated for youth activism in reaching out to people with power to discuss violence, gun laws, availability of drug treatment options, and fair wages.

Diane Powell, Co-Chair for Black Women for Positive Change - Pittsburgh and creator of the contest, noted, "It is important to seek the student voice when addressing concerns in their community. I am incredibly pleased with the responses from the participants, touched by their stories, and impressed by their practical suggestions. Violence prevention is a thankless task, but it is literally about protecting lives. As caring adults, we not only need to listen but also take action to make communities safer for our children. The mission of BW4PC is to inspire youth to take action and change trajectory away from violence and to create healthy environments where young people can heal and grow." Dr. Maureen Anderson, BW4PC member and contest manager, shared her appreciation not only for the students who participated but also the teachers and guidance counselors who encouraged these young writers. Winning essays, presented by the authors, will be videotaped and available on the Black Women for Positive Change website in the near future.