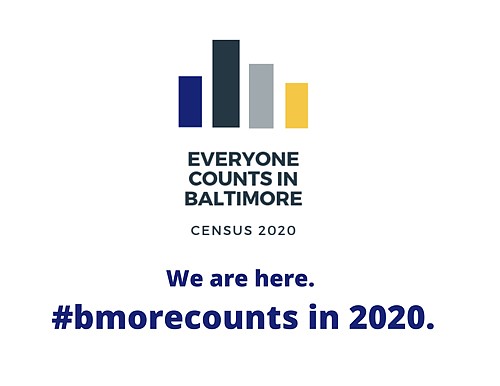 It’s that time again to be counted for the Census! Fun Fact: the concept of a Census has been around for millennia. Courtesy Photo 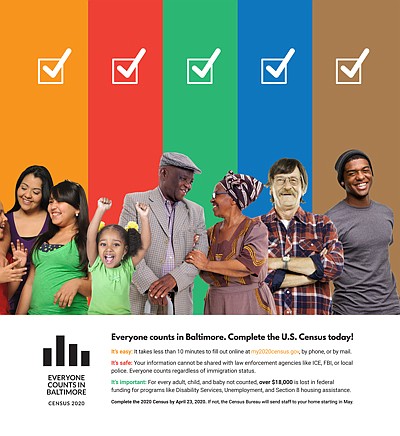 In fact, the Bible records a Roman Census under Caesar Augustus. The U.S. Census is important for many reasons, especially federal funding: from education to housing, health, social services and much more, programs that many Baltimoreans find quite important to their daily lives.

Shirley Chisholm once said, “don’t measure America by its achievements but by its potential.” Could you only imagine the potential that could be realized in the City of Baltimore with a near 100 percent total self-response rate? Each person counted brings approximately $18,000 over ten years of federal funding to Baltimore.

This year, Baltimore City’s Department of Planning is aiming for a 73 percent total self-response rate, a five percent increase from the 2010 Census. The self-response rate is the percent of people who respond prior to census bureau employees knocking on their door.

As a millennial who was in the 10th grade at the time of the 2010 Census, I cannot recall ever seeing much advertisement or media around the census. This decade, it is going to be different! It’s the first time ever the Census will be available online, making it easier for people to respond from web accessible devices and the comfort of their own home. It’s available on-line in 13 different languages, by phone in 60 different languages, and available through the mail in English and Spanish. This massive effort has made the Census more accessible to millions of Americans whose first language is not English. The Census Bureau has identified 69 hard-to-count neighborhoods across Baltimore and five major demographics that do not usually participate in the Census. These groups have been identified as children under five; African Americans over 65; housing insecure; returning citizens; immigrants and low English proficient.

The Department of Planning is collaborating with 37 non-profits throughout Baltimore via the 2020 Census Community Grant to target populations. This grant program is unique in that it directly puts money into community organizations to provide outreach to those communities that are historically undercounted. All the non-profits selected have deep roots in the hard-to-count communities and have solid plans to educate these communities on why the Census matters. They all have the common goal of securing resources that people of these communities most desperately need. The community organizations are trusted messengers across the city to help us get a higher percentage of self-responses and the money that Baltimore deserves.

Your invitation to participate will be mailed to you on or between March 12 and 20! You can now respond to the Census online, over the phone, or with the form that will be mailed to you from the Census Bureau. The Census only takes 10 minutes, and to ensure that you don’t have an in-person follow-up from the Census Bureau be sure to respond before April 30, 2020. Be sure to count everyone living in your house, even if they are only living there temporarily. 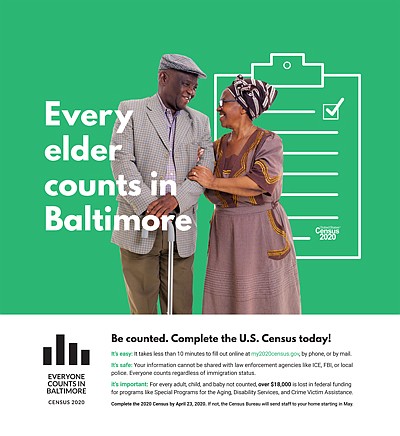