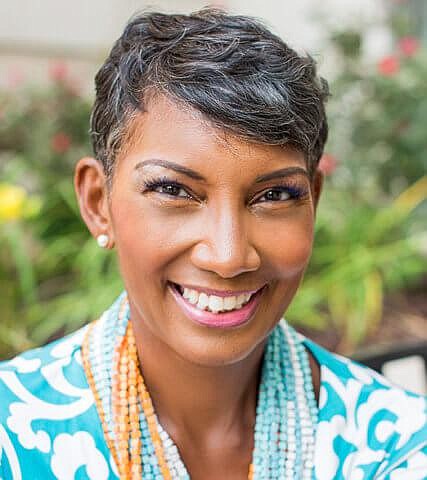 Ricki Farley, 63, is a Triple Negative Breast Cancer survivor. She has become an advocate and is building a movement to address breast cancer in black women, with the goal of reducing the population’s mortality rate. Courtesy Photo

Ricki Farley had a thriving marketing agency in Atlanta, GA. The services of the successful Dartmouth College graduate were highly sought after by clients who included the likes of former U.S. President Barack Obama.

“I was your typical Superwoman of the world,” recalled Farley who was 55 at the time. “A black woman trying to take care of everyone. I was on four planes a week. I was the breadwinner for my family, and my baby daughter was in China. I put off my mammogram checkup until she came home from school.

“Once she came home, I went to see my doctor. The doctor found a lump. It was the size of a peanut and under my nipple. Literally as I was walking out the doctor’s office, I was told to come back the next day for a mammogram. I did. They made me wait while they did additional films.”

Farley, who is now 63, says what came next would forever change her life.

“I was told I needed to get a biopsy,” said Farley who grew up in Silver Spring, MD. “I was going on a business trip and literally I was on the phone with my doctor. The doctor told me I had breast cancer. Not just breast cancer, but Triple Negative Breast Cancer. I was also told there was no good treatment and I would die. She gave me two years to live.”

According to the American Cancer Society, once a breast cancer diagnosis has been made using imaging tests and a biopsy, the cancer cells will be checked for certain features. If the cells do not have estrogen or progesterone receptors, and also do not make much of the HER2 protein, the cancer is considered to be Triple-Negative Breast Cancer (TNBC).

“I went home to the breast cancer world,” said Farley. “I had a double-mastectomy by choice, and radiation. The doctor said I was metastatic and that I should get my affairs in order. I told my doctor, ‘you, me, and God have to work this out.’ I also said, ‘I have to put my daughter through Dartmouth and I want to see her graduate.’”

TNBC differs from other types of invasive breast cancer, in that it grows and spreads faster, has limited treatment options, and a worse prognosis.

“I went through chemo, and had implants,” said Farley. “I was making radio ads for Obama while on chemo. I couldn’t let it rain on my parade. I had too much work to do.”

What came next prompted Farley’s doctor to call the grandmother of two, ‘her miracle patient.’

“The cancer is gone, and we don’t know why,” said Farley. “I feel blessed everyday to be here. I remember saying, ‘God we made it. Now what?’ I made up my mind to be an advocate.”

Farley serves as the vice president of Strategic Partnerships and National Programs for Sisters Network Inc. She is building a movement to address breast cancer in black women, with the goal of reducing the population’s mortality rate. She serves on the Board of Trustees for the Triple Negative Breast Cancer Foundation where she spearheads the Marketing Committee and directs multicultural outreach. She also is an Ambassador for TRODELVY, the first antibody-drug conjugate (ADC) approved by the U.S. Food and Drug Administration (FDA) for the treatment of adult patients with metastatic TNBC who received at least two prior therapies for metastatic disease.