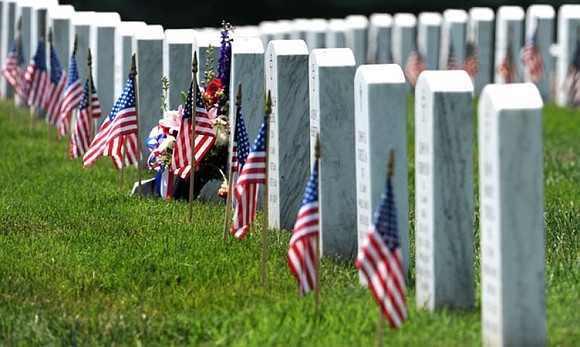 Roy Knight, Jr. was a pilot in the U.S. Air Force. On May 19, 1967, he was shot down while attacking a target on the Ho Chi Minh trail in Laos. He was posthumously promoted to colonel. Last year, a joint team from the Defense POW/MIA Accounting Agency discovered and later identified Col. Knight’s remains.

When his remains arrived at Dallas’s Love Field, a crowd had gathered to witness the dignified transfer of the flag-draped casket from the Southwest Airlines jet into the receptive arms of the military honor guard. One observer reported that the entire crowd fell silent.

The Southwest flight was piloted by another Air Force veteran, Col. Knight’s son, Bryan. Bryan Knight was only five-years-old when he said goodbye to his father as the elder Knight left for Vietnam.

This is yet another legacy that these heroes leave behind. A legacy that includes their sons, daughters, grieving parents, grandparents and friends.

Their heroic acts are sometimes performed to protect those with whom they serve. Corporal Jason Dunham was a squad leader with the Third Battalion, 7th Marines in Iraq.

On April 14, 2004, his squad approached a Toyota Land Cruiser. After his squad discovered AK-47s in the vehicle, the enemy insurgent exited and engaged in hand-to-hand fighting with the unit. The driver dropped a grenade.

To save his fellow Marines, Corporal Dunham made the ultimate sacrifice. He threw himself on the grenade and tried to use his helmet to shield the blast. Severely wounded by the grenade’s fragments, Cpl. Dunham was taken off life-support eight days later.

Corporal Dunham died so other Marines could live. He, too, was awarded the Medal of Honor for his gallantry.

Approximately one million men and women of the U.S. military have lost their lives in defense of our nation since the founding of this great Republic.

During the Spanish American War, 60 soldiers of the all-black 24th Infantry Regiment volunteered to serve as nurses. Thirty-six of them would later die of yellow fever or malaria.

A generation later, the flu would kill nearly 16,000 U.S. soldiers in France during World War I. Another 30,000 American servicemembers died in stateside camps. These men and women could have isolated safely in their homes. But they knew they had an important job to do. A mission to accomplish. They were all on a mission to serve.

Even when the enemy is an invisible virus or a microscopic germ, the sacrifices made are just as meaningful. The U.S. military has already lost servicemembers to COVID-19.

This Memorial Day as we continue to honor those who fell for us in battle, let’s also pause to remember those who have also sacrificed their lives while serving others.