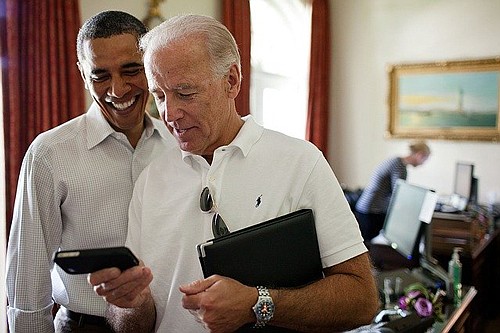 A bigot is defined as "a person who is intolerant toward those holding different opinions." By that definition, Former Vice President Joe Biden is a bigot.

At the end of a recent interview on the very popular radio show, "The Breakfast Club," Joe Biden said, "If you have a problem figuring out whether you're for me or Trump, then you ain't black."

The last thing that any freethinking, civically engaged black person needs in 2020, is a 77-year-old white man from Delaware "whitesplaining" blackness to us.

I was born black; still live the black experience as a black man in America every single day. My family comes from the South, and we have experienced discrimination, racism, bigotry, and survived Jim Crow. My Papa was a proud member of the Southern Christian Leadership Conference, founded by Dr. King, and still knowing my history, I am a black man voting for Trump.

Try as they might, the one thing Joe Biden and his liberal friends can’t take away, define, or critique is my blackness because I am voting for Donald Trump.

In 2016, President Trump looked at the conditions and statistics of many predominantly black cities in America and saw that despite being led by Liberal lawmakers, our communities were faced with high crime, high unemployment, and poor public schools. Real estate values were down and there were not as many opportunities to advance, as there should have been. He asked us to trust him, listen to his plans and vote Donald J. Trump because at that point he said: "What do you have to lose?"

In response to Joe Biden's bigoted comment, Charlemagne tha God said, “It don't have nothing to do with Trump, it has to do with the fact I want something for my community.” At the end of the day, that is exactly what the black vote is about in 2020, our community. Identifying who has the record and resolve to get things done for the black Community. I have worked most of my adult life advocating, promoting, and defending my community inside the Republican Party at all levels and have seen many results. However, I have seen the most results for my community under the Trump Administration.

Joe Biden asked The Breakfast Club audience to look at his record. That was not a gaffe— he was serious. For 44 years Joe Biden has been either MIA or on the wrong side of history when it comes to fighting for the black community. Let’s start with his record on justice. We all know Joe Biden was the architect of the infamous 1994 Crime Bill that literally locked up thousands of men that look just like me. Biden was proud of his record on mass incarceration of black men that destroyed communities, dismantled families and stifled black wealth for generations.