Baltimore Singer and Actress Give Back to Young Girls 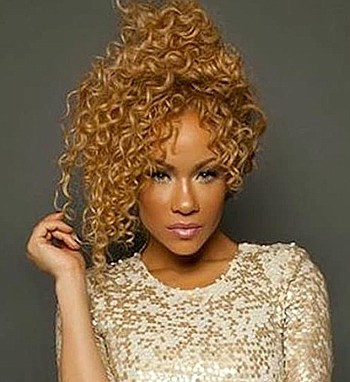 Brave Williams is best known for her contrasting sultry, edgy vocals that are layered with intensely relatable lyrics that either make one dance, smile, or high five their best friend.

The Baltimore born Williams, who despite her ever growing fame and professional commitments, continue to mentor young girls in Charm City. Through her work with Associated Black Charities (ABC), and her philanthropic missions that include mentoring young girls in Baltimore City through the St. Francis Mentorship Program and the Baltimore City Women’s Shelter, Williams counts as an avid health advocate and fitness guru who believes in healthy living, mind, body and soul.

“A lot of my giveback comes from the fitness side, and that to me is my gift,” Williams said. “I do a lot of work with kids at Coppin State, and I impressed upon the younger generation that they have the energy, power, and tools it takes. I tell them to use it positively, and health and fitness is a perfect marriage in which to show them.”

Williams also mentors young girls in the Steve and Marjorie Harvey Foundation’s “Girls Who Rule the World” program. The program is designed to enhance young girls’ development and provide a forum to expose them to the benefits and importance of positive self-image, responsible conduct, and respect for self and others through educational achievement.

More than 200 young girls, including those from Baltimore, participate in the program.“We impress upon these girls that they are not alone, and I’ve found how encouraging and lasting your words can be,” Williams said.

Williams has just completed two movies and a new self-titled debut R&B album. Her first single, “Don’t Tell Me No,” was released this week and available via multiple streaming and download platforms.

She said the pandemic didn’t stop her from filming “The Available Wife,” a motion picture that tells the story of a beautiful and successful music CEO’s life that’s about to crumble in front of her.

“Shooting a movie during the pandemic was different. I didn’t know what to anticipate, but we had a great team of people who made certain operations were handled consistently,” Williams said. “We had a COVID test every two days, and we practiced social distancing, and only people in certain zones could touch your water bottle if you needed water.”nWilliams said she learned that individuals are not a product of circumstances, but their decisions.

“I’ve learned not to give up,” she said. “I had a group that disbanded, lost my father two months later, and then my manager from a heart attack. All of that happened back-to-back and left me in shambles and uncertain if I wanted to continue. But I remember feeling like that was a moment for God to make me an honest person. My name is Brave, and he’s allowing me to show that I’m brave.”