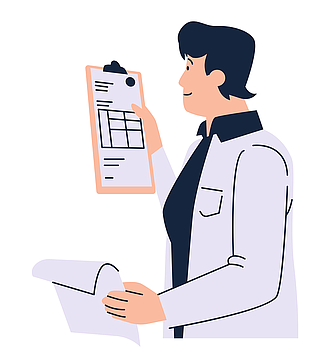 Give all Americans the option to buy into Medicare. I’ve paid into Social Security and Medicare my entire life. I’m still paying to be on plan B and supplemental coverage. I also pay for prescription insurance. I often feel like a coffee coupon from McDonald’s would pay for about as much medicine as my prescription card pays.

I no longer pay over $1600 a month in medical insurance but I still pay about $450 a month even with Medicare. Nothing is free.

Americans should have the option to buy into Medicare especially if medical insurance will not cover them and they can’t afford the sky rocketing premiums. It’s also time to get rid of medical supplements and prescription cards. Make Medicare a single payer of the doctor’s visits, prescription costs and all the above.

The government has more power to control the cost of big pharmacies and hospital costs. Most medical providers have “one price” but then the “price” they will accept from Medicare. Under President Trump Hospitals will have to display their secret negotiated rates to patients starting in January 2021. This gives you the option to shop around.

Why make it so hard for Americans who do not have access to healthcare? Let them buy into Medicare. If they are unemployed or disabled then give them the Medicaid option. However, this is just more bureaucracy. This system needs to become one.

It’s also time to make 60 the age that retired Americans go on Medicare. In your late fifties and early sixties Americans have to start going to the doctor more. A friend of mine is waiting until she turns 65 and has Medicare so she can have a badly needed surgery. She needs it now. If she could buy into Medicare she could go ahead and move forward with her needed surgery.

We also need to turn the age back to 65 for collecting full Social Security benefits. American men die by the time they are 76.1 years old. Many die much younger. This is very little time to enjoy retirement. Sadly, many Americans aren’t having much of a retirement in their golden years. Many are working longer and spending less time doing what they had hoped to do.

The government wastes our Social Security contributions. They’ve spent trillions on foreign wars. They now tell us Social Security has been reduced by 25% in a few years. Rich political leaders want to push the age until 70 for you to collect your Social Security. This is not working for the American people. We are working longer with the prospects of collecting less. On top of this, older Americans are having to pay more of their dwindling retirement dollars for medical bills.

Bringing our troops home and spending less money in Iraq, Afghanistan and on rebuilding foreign nations is a start. We can and we must fix our medical insurance dilemma.

Dr. Glenn Mollette is an author and syndicated columnist. To contact him, email: GMollette@aol.com or visit: www.glennmollette.com.