The 2020 Baltimore Next Media Web Fest #BNMWEBFEST is a festival that celebrates the very best of New Media Content! From October 28 – November 1, 2020 Courtesy Photo

National and International Digital Media in a five day festival in Baltimore, Maryland. In the past three years, Web Series Creators and Filmmakers have traveled to Baltimore from as far as Australia, England, Russia, Brazil and Canada.

For this 4th year - the festival will be FREE and VIRTUAL for All! We will screen 133 projects from 22 different countries including: UK, Australia, Canada, Russia, and Brazil! Panel Discussions; Recorded Script Readings with Actors, Live Musical performances, a Virtual Halloween Party/costume contest, an Awards Ceremony with Celebrity Presenters with a Zoom After-Party with Red Carpet Speeches! The five-day festival includes blocks of short films, web series, music videos, VR content and screenplays by creators and writers from 22 different countries.

Highlights of our Panel Discussions:

Akilah Divine will be performing for us on October 28 at 8 p.m. at the very beginning of our Music Panel Discussion on Facebook Live!! Akilah's music video TRIBE is one of our Nominated Music Videos!! Akilah Divine is a singer, spoken word artist, rapper, actress and model.

Maryland-based performers participating in the festival this year:

Actor Tray Chaney will also be performing for the festival and presenting awards during the awards ceremony!

Other panels included in our festival: Working During The Pandemic, International

Nixon from Sex and the City), Comedy Panel which includes Actor / Comedian Wes

Johnson (Capitols Announcer, seen in Veep, A Dirty Shame, and Head Of State),

Web Series Round Table Panel, which includes Creators and Webfest Founders from around the World.

Local web series being shown during the festival include:

Starring and created by Comedian Marc Unger and his wife Maria. A Gen X comic with a once promising career finds himself back in Baltimore living just a few yards from the apartment he left to pursue his dreams. He decides to hit "reset" and head back down the path from which he strayed- serious acting.

Check out the Full Schedule: 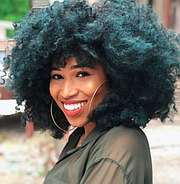 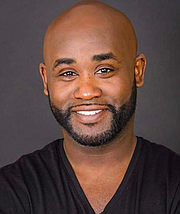