Organization Seeks to Honor a Baltimore Father of the Year 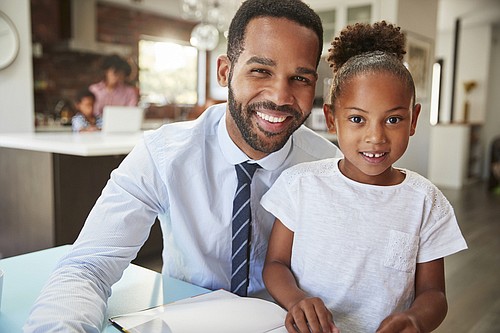 Ernest Woodson knows what it’s like being a single Black father. He also knows the challenges, both real and perceived, with stereotypes erroneously suggesting that African American men routinely ignore their responsibilities as a father.

“I was a single parent. I was divorced when I came home from Vietnam and got custody of my son,” Woodson recalled. “So, I moved on, and I organized a group of men like myself who were trying to be super dads.” In 1987, Woodson helped launch Fathers Incorporated with the intent of assisting single-parent men who desired to be positive role models and responsible fathers.

Then as violence, hate, and overall turmoil afflicting Black communities, the organization extended its mission to all men with the hope of encouraging them to fulfill and not abdicate their duties and responsibilities.

Fathers Incorporated’s mission includes a program that instructs men in the values of brotherhood, manhood, fatherhood and being gentlemen. Woodson said the program uses proven moral and ethical principles and a life philosophy that encourages men to do what is right. It strengthens and supports them in their efforts to be benevolent cornerstones of their families, mentors to their children, and viable assets in their communities.

This year, Washington, D.C., resident Hakeem Hut earned Fathers Incorporated’s Father of the Year Award, presented to an individual whom Woodson said stands out in the community. A Father of the Year nominating form is now available through March 31, 2021, on the Fathers Inc. website for Baltimore area dads. The winner will be selected next spring and will be awarded a family trip to Disney World.

This year’s winner received a $2,000 prize because of the pandemic instead of the Disney experience.

“We’re all about trying to make a difference,” Woodson declared, adding that Fathers Incorporated also has a returning citizens program to help integrate individuals back into the community. “We want to work with people who want to make a change. The Father of the Year program was built on somewhat of a spiritual platform where we go into the neighborhood where there is chaos and crime, and we try to find the father who is doing what’s good and what’s right, and we hold him up as a role model to the rest.”

“The focus is the heartbeat of the Black community,” Woodson said. “We will recognize a father who changed the lives of his family and community for the better. We will recognize a father whose challenges and triumphs are manifested in his life experience and personal journey, beyond his profession and career achievements. “Ideally, the recipient of the award will be a father whose actions and achievements reflect unifying values and founding principles of fathers, brotherhood, manhood, fatherhood, and gentlemanship.”

For consideration as Baltimore’s Father of the Year, a recipient must be a U.S. citizen residing in Charm City. Family and community members can nominate a father, but a potential awardee may not nominate himself. Those holding political appointments and individuals associated with Fathers Incorporated also are ineligible for consideration.

The Father of the Year winner will be determined by a careful evaluation of each applicant, who judges will score in several categories including brotherhood, fatherhood, and their reputation as a gentleman.