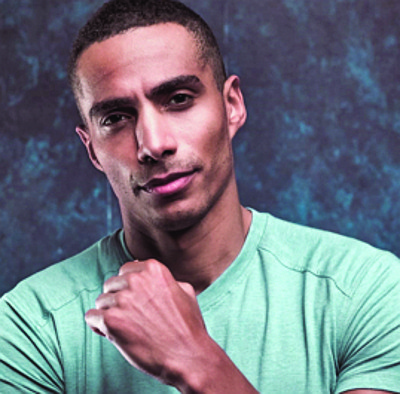 When referring to actor Mahdi Cocci, BET exclaimed that the television star redefines Black male friendships on screen. The network boasted that, “a lot of people will be able to relate and connect” to Cocci’s latest character and that of others on the Tyler Perry series, “Bruh.”

It’s the first lead role for Cocci, who plays Tom, a medical doctor who finds himself as part of the drama when playing the field at work and as one of four “ride-or-die” friends on the 3 0-minute comedy series.

The series includes Barry Brewer as Jonathan, Phillip Mullings Jr as Mike, and Monti Washington as Bill – four friends with a strong bond that navigates work and home life.

“I like to think that I am the most conscious of the bruhs,” Cocci said. “I absolutely identify with that. I don’t really think there can be such a thing as too understanding.”

Born in Minneapolis, Minnesota, and was raised by his mother, Stephanie, Cocci said education was always emphasized in his home. He earned a full Navy ROTC scholarship to the University of Pittsburgh, and the aspiring model served as an officer in the Navy upon graduation.

He first appeared on the TV series, Dynasty, in 2018, and then Gifted, The Resident, and MacGyver. His appearance on Bruh happened after meeting Perry, whom Cocci admitted being in awe.

“He’s like this A-list celebrity, and he’s got this big presence,” Cocci stated in an earlier interview about Perry. “He’s super kind and humble, but he’s all business, and my initial thought was, ‘just don’t mess up.’”Cocci received an invitation to read for three of the lead roles in Bruh— John, Bill and Tom.

After wrapping the audition, Cocci took a trip to Puerto Rico and, while flying back, he received a text message from his agent informing him he was wanted back in Los Angeles for the role of Bill. He was summoned to Los Angeles a second time to meet with Perry and read for the part of Tom. “I was definitely very happy and pleased,” Cocci exclaimed. “I’m just so super thankful for this opportunity where we can share an experience with everyone. [The cast] are so thankful that Tyler Perry gave us all the opportunity to lead a show. It’s the first time for all of us getting to do that. We’re all riding this wave together. Yet, no matter where things go from here out, we’re always going to be linked, planted, and connected.”