Are you or a loved one mixing alcohol with diet-related behaviors? It May Be Drunkorexia 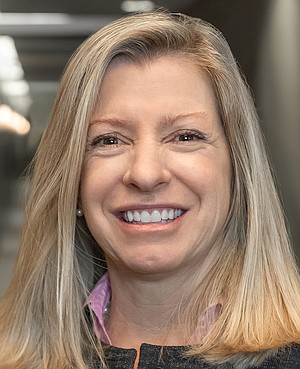 Lindsey Hall recalled her “drinking” days as a college student at the University of Arkansas. “I feel there are two different types of drinking you witness when you are in college,” said Hall. “I had an eating disorder, and tried to restrict my eating not to gain weight. In my case, it showed itself in drinking calories instead of eating them. I also drank alcohol to dull my hunger. Then there are those who choose not to eat to get drunk faster.” 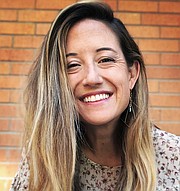 Lindsay Hall struggled with Drunkorexia as a college student.

What Lindsey described has been labeled as ‘Drunkorexia.’ While not a medical term, Drunkorexia is defined as mixing alcohol abuse with unhealthy, diet-related behaviors such as self-imposed starvation or calorie restriction, excessive exercising and/or binging and purging.

Dr. Kim Anderson is the Clinical Director at the Eating Recovery Center Baltimore, Maryland, which provides comprehensive eating disorder treatment programs for adults, children, and adolescents in the mid-Atlantic region. “Under-age drinking is very common for college students, young adults and high school kids,” said Dr. Anderson. “One of my patients said, ‘I don’t have money and I have to choose between eating and drinking.’ The patient went on to say, ‘I am going to drink because I don’t want to waste calories.’

“Some have anxiety and want to drink. Others want to be accepted. Some want to be in shape and are trying to figure out a way to party and not gain weight. Some find this behavior to be socially acceptable.”

A licensed clinical psychologist, Dr. Anderson has focused her career on treatment for individuals with eating disorders.

“Drunkorexia is drinking a lot and doing something to compensate for the calories,” she said. “There is not a lot of research on this, but research shows males tend to do this more. One may say, ‘If I don’t eat, I can get drunk off three beers as opposed to six.’”

Dr. Anderson has been treating patients with eating disorders in the Baltimore area for over 25 years.

“In the 1980s, I was a college student,” she said. “Bulimia was just coined in 1979, and I was hearing about girls in the dorms throwing up. They did it in the open together. It was not the secretive stuff we think about. It was something looked at as being normative.”

With kids heading to college, Dr. Anderson is encouraging parents to talk to their children.

“We want people to learn there are severe risks involved with drinking and not eating,” she said. “If you are not eating all day, the effects are enhanced for alcohol poisoning which can include death.

“As soon as you start drinking too much you are at risk for those problems. You might think it’s no big deal, but that behavior needs an assessment.”

“I struggled with my eating disorder for eight years,” said Hall. “I never liked being drunk, but I drank to avoid dinner time eating. I went for treatment when I was 24. I started talking about using alcohol in order not to eat. They said it fell under alcohol abuse because I depended on alcohol not to eat. I had to change my relationship with alcohol.”

Now 31, Hall is a freelance writer for Eating Recovery Center, and also has a blog called, “I Haven’t Shaved In 6 Weeks.” She said the blog’s purpose includes serving as a resource for those wanting to know what going into an eating disorder facility is like beforehand. ‘I vowed to share the nitty gritty, including the fact that I couldn’t shave for 6 weeks due to the fear that patients will self- harm if given a razor,’ Hall writes on her blog. ‘(Would’ve been nice to have known that prior, I grumbled – handing my razor to the nurse.)’ “Treatment does not promise you will come out and be a different person,” said Hall who was in recovery for six weeks. “It gives you the tools. I was at an unmanageable point of my life. What treatment gave me were the tools to start trusting myself and to start moving on with my life.” Hall has discussed her Drunkorexia journey on the “Today Show,” and has been featured in numerous publications including Cosmopolitan. A native of Texas, she resides in Colorado. She says she has 17,000 followers on Instagram, and posts messages every day.

“This generation has a way of binge drinking especially in terms of how they eat,” said Hall. “I want people to take a step back and ask themselves, ‘Is my relationship with alcohol healthy?’ Many think that just because they don’t drink alcohol every day, they are not abusing it. However, eating disorders show up in many different ways. It shows up in various aspects of your life and people need to look at the various aspects it affects.”