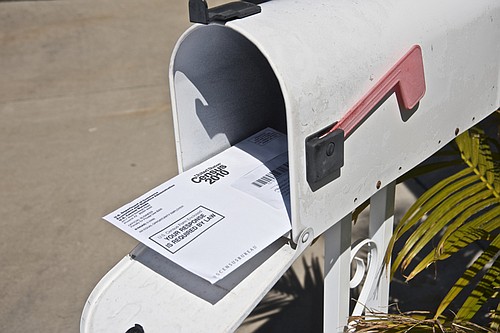 Going into the final days of the all- important census count, Maryland has a 96.3 percent response rate, placing the state high up on the list of states that have responded.

Pending legal action, the Census count could end on September 30, 2020.In July, President Donald Trump suddenly decided to speed up and end the count by September 30.That action spurred lawsuits in California by a National Urban League- led coalition seeking to extend the count beyond Trump’s deadline.

Additionally, the Mexican American Legal Defense and Educational Fund and Asian Americans Advancing Justice have asked a federal judge in Maryland to extend the time for the census count.

A bipartisan group of U.S. senators introduced legislation this month to allow for the continued count, while Census Bureau officials have also asked for more time.“There is current and ongoing litigation, but the one thing I can tell you is that what is going to hold true is that time is running out, and people need to respond,” declared David C. Cook, the chief public information officer at the U.S. Census.

“Just to be clear, if you have a child that’s born on or after Apr. 1, 2020, they don’t need to be on the form. It’s who lived in your house as of Apr. 1. Also, Black males 18 to 25 are historically undercounted, so we’ve been targeting that demographic, and we’re letting people know that it is safe to respond. We don’t share your information. It’s the law.”

Everyone can still respond online, by phone, or by mail. Census officials continue to implore Americans that it’s vital to cooperate if a census taker arrives at your home. Census results shape the future of communities. Census data informs how billions of dollars in federal funds are distributed for health clinics, school lunch programs, disaster recovery initiatives, and other critical programs and services for the next decade.

The Census is working on getting residents across the country to respond as they faced many challenges, Cook noted. “As a nation, the number of households who answered the doorbell is more than 90 percent. Knowing that the count continues,” Cook observed. “Looking back at the 2020 count, the self-reported rate was at 63 percent, so we know that we have to stay out in front of people and get them to respond.”