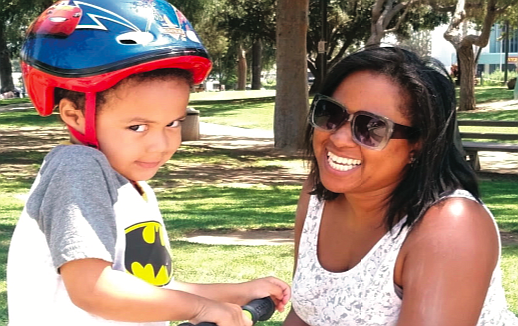 Los Angeles, Calif.— The children's picture book, "I'm Hungry!" was recently released on Amazon and written by a five-year-old boy, Andrew Hutchinson based in California. Kindergartner Andrew is a first-time published author.

The vibrant pictures are illustrated by Julie Kitsulie, who has illustrated several of Angela's other picture books. "I'm Hungry!" evolves around food with a theme of gratitude, which is certainly universal among parents, especially during the Covid-19 Coronavirus times. "It's as if my three kids never stop eating...they always claim to be so hungry!" shares Hutchinson.

Andrew's co-author is his mother, Angela Marie Hutchinson, who has written several published books. Angela shares the backstory behind their first creative collaboration.

"My youngest son is always hungry even after eating full meals. Andrew's book was inspired by his big appetite and love for snacks." Excited to follow in his mother's footsteps, Andrew joins his older siblings in self- publishing a picture book.

To support this five-year-old's creative endeavors, you can purchase a copy of "I'm Hungry!" on Amazon .

Andrew Hutchinson is a 5-year-old boy who loves to play basketball and video games. Angela Marie Hutchinson is film producer, social media professor and founder of an artistic non-profit organization. She is also the author of Create Your Yes! , which is a book deal she landed from her TEDx Talk. 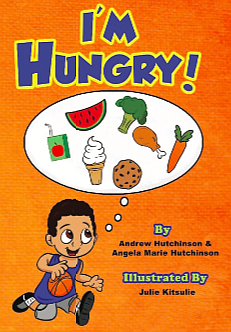