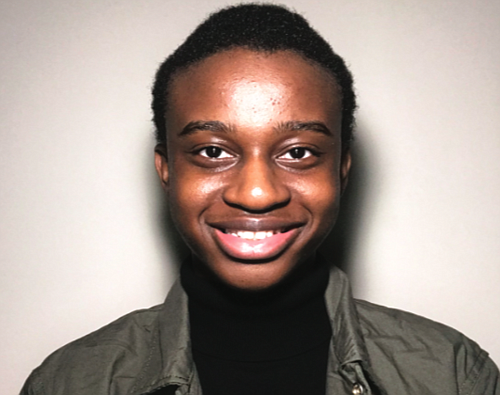 Alhassan Bangura, a Western School of Technology and Environmental Science student from Windsor Hill is headed to Cornell University in the fall thanks, in part, to a $25,000 scholarship he received from the Horatio Alger Association of Distinguished Americans, Inc.

Bangura counts as one of only 106 students from across the country to receive this prestigious scholarship from the nonprofit educational organization that honors outstanding individuals’ achievements.

The organization, which encourages young people to pursue their dreams through higher education, recognizes outstanding students as Horatio Alger National Scholars for resilience and perseverance.

“My first reaction when I got the call was that I was very excited,” the teen exclaimed. He noted that officials began the call by asking him for basic information, including his name and school.

After a few moments, his scholarship was confirmed. “They said, ‘that’s perfect because we like to have the correct information to notify our national scholars,’” Bangura recalled. “At that point, I was shocked, and I couldn’t believe it because I was only one of 106 people in the country chosen and only one of two from Maryland.”

The Horatio Alger Association noted that scholarships are awarded to students who have remained outstanding in the classroom despite great personal adversity and have reiterated a college degree commitment.

“Our organization is dedicated to the belief that hard work, honesty, and determination can conquer all obstacles. We seek out scholars who, despite the adversities they may be facing, exhibit these values,” Jim Dicke, the president of the Association, wrote in an email.

“We are proud to support a diverse scholar population and believe that affording these young people the opportunity to pursue a college degree can make all the difference in their lives.”

He noted that the COVID-19 pandemic has been challenging for many, but mainly for the scholars. “We’ve spoken with students who can’t afford Wi-Fi to take online classes or who have gone days without meals because their parents lost their jobs,” Dicke said. “When campuses closed abruptly, we even learned that one of our scholars was sleeping in a car because her family was experiencing homelessness. To address these urgent needs, we launched a scholar emergency support program and have disbursed hundreds of thousands of dollars in funding to assist with food, medical bills, and learning resources so our scholars can remain in school.”

The son of immigrant parents who identify as West African Muslims, Bangura grew up in a low-income household. He helps care for his younger brother, who has severe autism.

“He’s low-functioning, and someone always has to watch him,” Bangura said. “From an emotional standpoint, my brother has no sense of communication, he can’t speak, and he’s unable to learn sign language. It has taken many years for me to accept that this is my brother, whom I will never really get to know as a person even though he lives in my house, eats, and sleeps there. It’s not easy.”

Bangura says he hopes to become a doctor and then go into politics.

“I want to become a cardiologist and then go into politics, perhaps at the state level first,” Bangura said. “I believe the pandemic has shown us that we do need more medical professionals, and we need people from all backgrounds in the lawmaking process.”