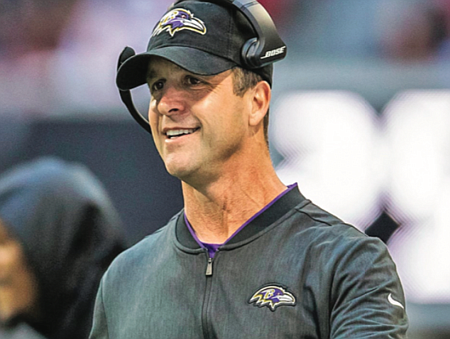 Former assistant head coach and wide receivers coach David Culley has joined to the Houston Texans to take over as the head coach. The Ravens hired Tee Martin to take over the role vacated by Culley. Martin served as a wide receiver coach for Kentucky, USC and Tennessee.

“Mike is an excellent defensive mind who is highly respected across the NFL,” John Harbaugh said in a statement. “He has been a valuable member of the Baltimore Ravens staff, and shown a passion for teaching, coaching and developing his players. We are excited about everything that Mike brings to our defense, team and university.”

Running backs coach Matt Weiss is the latest coach to leave the flock. Weiss left the Ravens to serve as the quarterback’s coach for the University of Michigan. He was also part of Jim Harbaugh’s staff during his time at Stanford where he worked on the defensive side of the ball and assisted with special teams.

“Craig is a highly regarded member of our staff and someone who’s served as an integral part of our offense for many years,” John Harbaugh said in a statement. “He has vast experience coaching and coordinating offenses, a thorough understanding of our schemes and techniques, and has a great relationship with our running backs. Craig is a dedicated coach and teacher who has a proven ability for getting the most out of our players.”