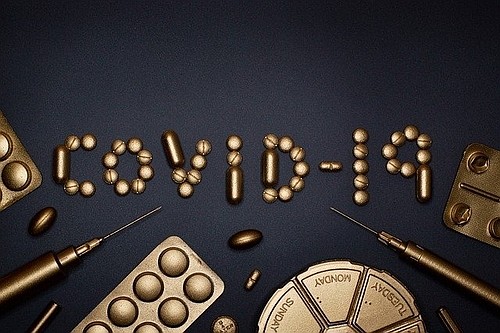 If it were not already terrifying enough that the COVID Grim Reaper threatens death for every human on the planet, there are also equally threatening horrors COVID-19 has unleashed directly on our children.

One of the consequences of separation as we try to survive COVID-19 is the prolonged isolation experienced by our children, causing many to develop intense depression.

“Suicide among children during COVID-19 pandemic: An alarming social issue,” was a recent screaming headline in the National Center for Biotechnology Information, the U.S. National Library of Medicine’s online publication.

During the many hours every day that school-age kids spend alone with their thoughts, they are coping with the stresses of fear and uncertainty imposed upon them by the current pandemic environment affecting everyone. Too many are negotiating unstable home environments, thoughts of dying or losing a loved one; internalizing news about disease; death; political violence; distrust of vaccines; and food insecurity, while feeling vulnerable, unprotected and emotionally overloaded.

In April 2020, the Maryland Department of Health (MDH) released 20 public service videos addressing techniques to cope with stress, anxiety and depression resulting from feelings of desolation brought on by mandatory stay-at-home measures due to the Coronavirus pandemic, identifying these mental affects as an emergency.

Last summer, the Centers for Disease Control and Prevention (CDC) in Atlanta, reported that symptoms of anxiety and depression in the United States had tripled in the past year, and that thoughts of suicide, especially among youth, are epidemic.

Their report concluded that 26 percent of young people, ages 18 to 24, had confronted feelings of suicide in the previous month. This is a warning to parents, and all family members, to monitor the attitudes and dispositions of everybody in our households more closely for signs of depression.

Be vigilant. Look for symptoms of unusual sadness or irritability; loss of interest in activities; changes in weight and sleep patterns; sluggishness; and expressions of hopelessness. Most importantly, take it at face value if any family member reveals they feel suicidal. Get immediate help. Statistics for rates of depression and eventual suicide since COVID-19 suggest that people, particularly children, who exhibit tendencies to harm themselves, will follow through.

Heard enough? Unfortunately, there is another extremely dangerous aspect of COVID-19 that primarily affects children, with deadly consequences. The very mysterious Multisystem Inflammatory Syndrome in Children or MIS-C, has only been diagnosed in the last eight to nine months and is precipitated when the body’s immune system is weakened from COVID-19 infection.

The new disease first appeared in the United Kingdom in late April of 2020, identified in several previously healthy children, according to the CDC. Those children also tested positive for active or recent Coronavirus infection, the CDC acknowledged.

A couple weeks later, early May 2020, the first U.S. cases of MIS-C in children were were recorded by the New York City health department. Some of those children were admitted to intensive care units, and more than 100 additional patients have since been discovered there with the syndrome.

As of late last year, roughly 200 cases had been discovered in the U.S. In Maryland, six cases have been reported so far with one death of a 15-year-old African American girl reported in Baltimore County last May, according to Maryland health authorities.

The symptoms of Multisystem Inflammatory Syndrome in Children are fever; abdominal pain; vomiting;

diarrhea; neck pain; rash; bloodshot eyes; and feeling extra tired. Researchers found that 99 percent of children with this condition had previously been diagnosed with COVID-19, and that one percent had been exposed to someone with the disease prior to onset.

Findings of an investigation by the CDC released in January 2021 reported the following: Total active U.S. MIS-C cases are 1,659 with 26 deaths in 47 states. Most victims are children and adolescents between one and 14 years old, averaging age eight years. Cases have occurred in children less than a year old to 20 years old.

The New England Journal of Medicine announced that 73 percent of child patients had previously been healthy prior to contracting COVID-19 and MIS-C, and that 88 percent would require hospitalization.

Regi Taylor is a West Baltimore native. The married father of four is an artist, writer and media professional specializing in political history. Check out his meme gallery at https://www.humortimes.com/cartoon s/dc-crap/.