‘Baltimore Uprising: Have Things Changed or Remained the Same?’ 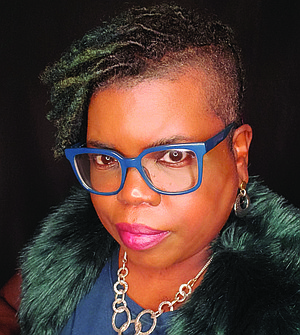 In 2020, community members and others reflected on the fifth anniversary of the Baltimore uprising that resulted from Freddie Gray’s death.

Many have witnessed community leaders from different sectors rise to lead efforts and share their talents to promote change in their city from that uprising. As 2020 closes, the Baltimore Times has not forgotten the words and reflections of our community leaders. The newspaper will continue to amplify the voices of these leaders and will shine a spotlight on those individuals who have provided reflections on what has changed and what has remained the same.

It will do so through a new project titled, “Baltimore Uprising: Have Things Changed or Remained the Same?” The project, which observes the fifth anniversary of the uprising, will provide an insightful view from community leaders about the past five years. It is made possible by a grant from Open Society Institute- Baltimore, whose goal is to ensure that Baltimore residents have many chances to reflect on the impact of the events that occurred in the city five years ago.

In January, Times Community Services, Inc. in partnership with The Baltimore Times, plan to host a virtual community conversation and an art exhibit to showcase the work of community leaders and artists who have captured and have taken part in the positive change now seen in Baltimore City.

As part of the project made possible by the grant from Open Society Institute- Baltimore, the work of photographer and community leader Daisy Brown will count among those being featured.

For Brown, the Freddie Gray incident and its aftermath hit home. Brown, a staff photographer at The Peale Center in Baltimore, grew up on the west side of the city where the uprising took place. When she ventured from her new digs on the east side, Brown immediately grasped the depth of what was occurring. “Nobody was really watching,” Brown recalled, piecing the madness together in her mind.

“Everything that happened, or led up to that point, was that we, as a community, had to figure out how to deal with all of these injustices on our own. We didn’t have the cell phone cameras that we do now where we could get eyes on the unsettling things that were going on.”

“It was just our word. We had trauma before this, but when you talk to the neighbors, the elders in the community, your friends, no one had a resolve because no one understood how to deal with the injustice.

“This was built-up. Now, finally, someone was able to capture it, and we realized that [injustice like that slammed upon Freddie Gray] had been going on for decades.”

Some might still question why the devastation of a neighborhood.Brown has a sobering yet relatively simple response: “We finally let our emotions be seen and heard. Unfortunately, it was violence because we didn’t know any other way.” “Like children, if they are hurting, they’re looking for ways to get their parents’ attention. “They have to do something that’s non-verbal. So, take that to a community who has never had anyone listen to them from a government perspective, and this is what you’ve got.”

Today, Brown said the community has taken that raw emotion and learned how to use strategy, unity, education, and resources to fight injustice. West Baltimore did not know how to fight before, she added.

Brown added that it is unfortunate that Freddie Gray’s life had to jumpstart change. The silver lining, she said, is that the younger generation in West Baltimore stands better prepared than their elders ever were.

“The young people don’t have to deal with injustice by themselves,” Brown declared. The community has put its collective resources together, forcing discernible change. “Now,” Brown proudly proclaimed. “We’re turning the tables and using the same laws the city provides and the same restrictions. We have become mayor, we have become councilmembers, we’re putting together nonprofits, and we’re board members. “We are coming for you. I have so much pride to see how this has all evolved in five years. We’ve had to deal with so much that the rest of the city never had to deal with.”

Baltimore Uprising: Have Things Changed or Remained the Same? is one of 13 community-based events and projects marking the fifth anniversary of the death of Freddie Gray and the Baltimore Uprising supported by Open Society Institute-Baltimore.

The Baltimore Times will highlight other stories like Brown’s, and the newspaper plans to present an exhibition of Baltimore-based artists, a gallery walk, and a community conversation on the subject, “Baltimore Uprising: Have Things Changed or Remained the Same?”

To see the work of Daisy Brown, visit https://www.thepealecenter.org/stoop- shoots-by-daisy-brown/ 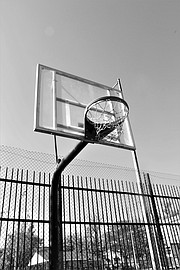 Graffiti work on the side of a home on Fulton Ave. 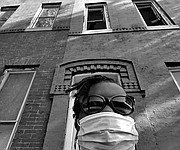 Photo of Daisy Brown sitting on the steps of her childhood home in the 1000 block of Fulton Ave.