Black voters should see themselves in congressional staff 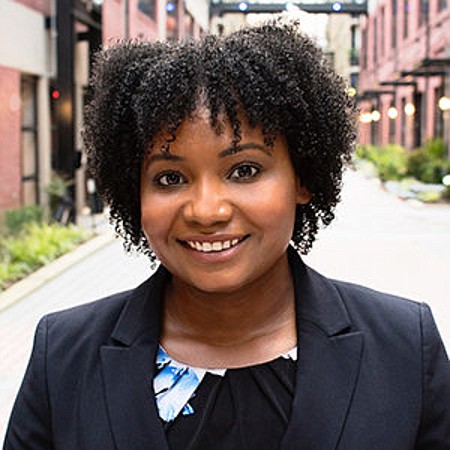 As the new Congress prepares to take office and members of the U.S. House and Senate make key staff hires, it’s time for careful scrutiny of the diversity reflected within the ranks of congressional staff. This is particularly true following an election in which Black voters were critical to its outcome.

More than 70 civil rights groups, including African American Mayors Association, Black Futures Lab, Congressional Black Caucus Foundation (CBCF), and NAACP Legal Defense and Educational Fund, Inc. (LDF), have formally called on new members of Congress to increase the numbers of staff of color within the mid-level and senior ranks of congressional offices. Our advocacy is particularly important right now, in the period between Election Day and the formal start of the new Congress when most key staff is hired. While we saw marginal improvement in senior staff diversity after the election in 2018, the lack of diversity among senior congressional staff of both parties is longstanding.

The data is sobering, if not surprising. People of color account for nearly 40 percent of the U.S. population. Yet, Joint Center research found that people of color account for just 11 percent of Washington, D.C.-based senior staff in Senate personal offices. These include positions like chief of staff, legislative director, and communications director— the most influential staff positions in Congress.

Unfortunately, our 2018 report also found that the House was only narrowly more representative with staffers of color comprising just 13.7 percent of senior roles.

And this inequity remains true for Republicans who represent large numbers of Black voters and for Democratic members who often depend on Black voters as a critical component of their electorate.

There is not a single Black senior staff member in the personal offices of the Republican Senators who represent Mississippi and Louisiana, despite the fact that African Americans account for a third or more of the population in these states.

This data is particularly troubling at a time when we desperately need more, not fewer, Black staff who can advise Members of Congress in better understanding and responding robustly to structural inequality, racism, and anti- Blackness. Yet, there is an opportunity for change.

There will soon be at least 60 new members of the U.S. House and there could be as many as nine new Senators. With each appointing a chief of staff, legislative director, and communications director, which amounts to 207 senior positions.

Far more of them should be filled by talented African Americans. Continued progress will require that congressional leadership bring real resources to bear. More Congressional offices should formalize diversity and inclusion plans and measure progress. And all offices should focus on diversifying mid-level positions like press secretary and legislative assistant to further bolster the pool of talent that can eventually step into top positions.

Without question, some members can rightfully point to Black staff serving as state or district directors, or to improvements in the diversity of non- senior staff.

But at a time when the pandemic and economic turmoil has fallen disproportionally on Black people, robust representation of Black Americans in senior roles matters now more than ever.

Real progress is possible, but it will require that Members of Congress choose action over the status quo. And it demands that we hold them accountable for doing so.

Dr. LaShonda Brenson is the Senior Fellow for Diversity and Inclusion at the Joint Center for Political and Economic Studies.