Biden 2021 should look to Biden 1980 for bipartisan inspiration 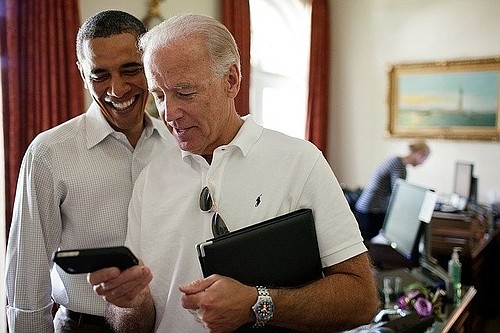 President-elect Joe Biden has promised to govern as a president for all Americans, not just those who voted for him.

Some pundits dismiss Biden’s bipartisanship as naïve in today’s hyper-partisan climate, but the opposite is true. Seasoned leaders understand that entrenched problems demand consensus-building solutions. In fact, the president-elect can look to a landmark 1980 law— which he himself co-sponsored— as a prime example.

The end of 1980 and the end of 2020 have much in common. A one-term president lost his bid for reelection, and Congress convened its post-election “lame duck” session at a moment of national malaise and political pessimism.

But back then, veteran senators refused to rest on their laurels. In the face of a stagnating economy, they passed the Bayh-Dole Act, a little-known but landmark piece of legislation that laid the groundwork for forty years of technological innovation, job creation, and improved quality of life.

The Bayh-Dole Act was a direct response to a longstanding problem. Many of the taxpayer-funded grants that government agencies distributed to universities and other non-profit research institutions weren’t leading to practical applications for public benefit.

The problem wasn’t with the researchers but with rigid federal policy. Before 1980, universities couldn’t own many of the discoveries resulting from their laboratories. The government claimed the patent rights for all federally funded research— regardless of whether federal employees were the ones conducting the research or whether federal grants funded only a small percentage of the work.

As a result, insights ripe for commercialization languished on the shelf. The federal government lacked the know-how— and capacity— to turn the research conducted by scientists into real-world products. Out of the 28,000 patents owned by those agencies, just five percent were licensed to the private sector.

Senators Birch Bayh (D-IN) and Bob Dole (R-KS) realized that the policy needed to change and convinced their colleagues to pass reform. Carter signed their namesake bill into law on December 12, just over a month before he left office.

The Bayh-Dole fix was simple. The law required universities and non-profits to make good faith efforts to commercialize research funded by federal grants. In exchange, research institutions could keep the patents— providing strong incentive to license them to a private-sector company that could realize the full value of their inventions.

By giving inventors a way to retain their patents, Congress helped create a flurry of new products, companies, and jobs. One analysis of academic technology transfers from 1996 to 2017 found they support 5.9 million jobs and contributed $865 million to U.S. GDP. In that time, the government issued over 100,000 patents that played a role in the creation of over 13,000 startups.

Some of the most ubiquitous products we use today come from tech transfer. The University of Minnesota licensed its patent to the Honeycrisp apple. While working with a federal research grant at Stanford, Sergey Brin and Larry Page created the search algorithm that would become the foundation for Google. And, if you’ve read about the potential to treat COVID-19 patients with calcifediol, that’s one of over a hundred vitamin D derivatives developed at the University of Wisconsin-Madison.

We live in an era of hyper-partisanship. But Bayh-Dole proves that no matter our differences, American leaders can work together to improve American lives. President-elect Biden can look to his own legislative record for bipartisan inspiration.

Kevin Walters is a strategic communicator at the Wisconsin Alumni Research Foundation.