Book Review: “The Engineering of Racism” 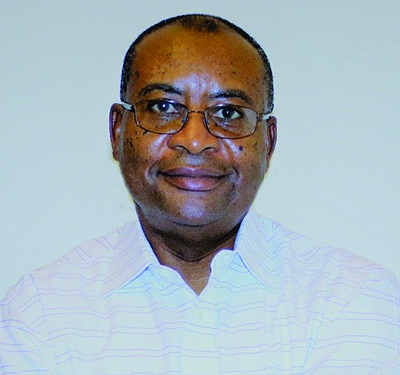 In the beginning of, “The Engineering of Racism.” Samuel Belsham Moki PhD, somewhat undercuts his own premise that racism was engineered. He first says, “Engineering means to plan, design, and build engines or structures for a particular purpose.” However, “The Engineering of Racism” does not quite walk us through the planning and design stages of racism per se because Moki goes right on to say that “European traders never considered Black Africans as equal trading partners.” So the book really describes harnessing and codifying of something that already existed.

Moki leads with a very important point that in the fourteenth through fifteenth centuries, the primary vehicle for acquisition of wealth and prestige in Europe was exploration, which brought them to Africa. Portugal got there first. Along with Spain, Portugal also got to the Americas first. In the Americas and Africa they found abundant raw materials for industry, and free labor.

Racism was needed to justify the breach of human rights, and sheer brutality needed to keep human beings in perpetual bondage in service of another idea that grew out of the fifteenth century, global capitalism. Here, Moki also falters in not giving a more thorough description of the growth of the global capitalist economy, and how vital Indigenous Africans and Indigenous American labor and resources were to its success as conceived by the 15th century European elite. Mention of the Treaty of Tordesillas for instance, would lend credence to the calculated way Portugal and Spain viewed the world, as purely a source of wealth.

Moki does a brilliant job however, at breaking down in fairly granular detail, how the resulting global economy based on exploitation of Indigenous Africans and Indigenous Americans’ natural resources and labor, was in fact engineered. He delivers a vast amount of information in authoritative, yet wholly accessible, conversational language.

Moki walks the reader from the holding cells on the shores of 15th century Africa to the cramped, unhygienic nightmare conditions on slave ships, to the America’s horrific plantations, each step of the way delineating how racism became increasingly indoctrinated and entrenched in every aspect of society. His descriptions of the torturous realities of slavery leave the reader weak.

Pillars of American society such as academia, the church, the Supreme Court, Federal agencies, Congress, the Executive Branch come under scrutiny. Moki explains how they’ve been, and continue to be, used to keep racism thriving. He points out that slavery did not start with government, but evolved to involve government after slavery became profitable for it. Government then had the authority to create and uphold systems that perpetuated the racism that enabled slavery and all that came afterward. What becomes clear is that ironically, government sometimes doing the right thing, imbued it with the authority to too often do the wrong thing with regard to racism.

Through the examples of Lincoln, Hayes, and FDR, Moki documents how the Executive Branch has repeatedly failed Black America to the benefit of white supremacy.

Moki also trains his eye on the judiciary, and its assemblage of laws that, like bricks on a house, coalesced into the systematic creation of a Black underclass. A lengthy excerpt from the Dred Scott decision is made all the more chilling in light of recent events like the questioning of Barack Obama’s citizenship. 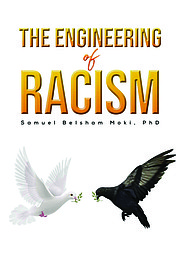 Culture of course, such as the Star Spangled Banner’s third stanza, monuments, the use of Confederate figures in statues, the name of the Senate Office Building (after an unrepentant segregationist) and monuments are also examined and revealed as the psychological tools of white supremacy they are.

Attitudes from on high trickle down to ordinary everyday whites who discriminated in hiring and bought, almost exclusively, houses with restrictive covenants on them, preventing resale to Blacks. In one poignant section, Moki cites Rothstein’s book, “The Color of Law” which explained how Blacks were explicitly prevented from purchasing homes in the Silicon Valley area in the 1940s when they were worth $10,000. Those houses now, of course hover somewhere around $500,000 in value.

He also explains how the tools of racism, still rooted in those pillars of society, have been updated to adapt to new norms. Over policing of working class Black neighborhoods, redlining, gerrymandering, defunding healthcare and education, harsh sentencing, and over incarceration. In Maryland, for example, 72% of those incarcerated are Black people. “The Engineering of Racism” makes it clear that these are not coincidences.

Moki ends with a series of recommendations; things that Americans can do affirmatively each day to start destroying racism, one word, one action at a time.