“Racially Discriminatory Legislation & Policies Must Be Stopped” The Unintended Consequences of a Ban on Menthols to Black Adult Citizens — January 25, 2021 — Message to the Black America 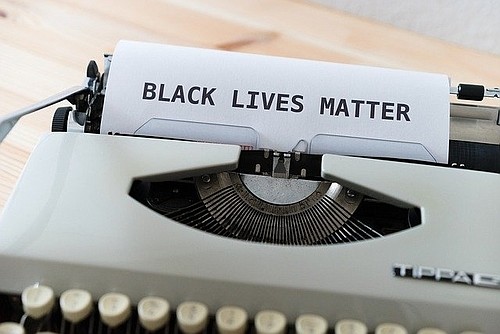 From tear gassing peaceful Black and Brown protesters vs. opening gates to White rioters, to countless fatal arrests of unarmed Black men vs. polite requests to put down the Congressional gavel, American history is clear: the color of your skin CAN determine your fate when faced with armed and unarmed law enforcers. And racist laws and discriminatory bans can protect the badge and not the Black and Brown victims.

It’s not just the over-aggressive actions of police officers that resulted in the untimely deaths of Rayshad Brooks, Eric Gardner and George Floyd, but also the system of unjust and discriminatory laws that emboldened the officers’ actions.

The Law Enforcement Action Partnership (LEAP) and National Newspaper Publishers Association (NNPA) have joined together with other African American law enforcement executives to call on you our readers in Black communities across the nation and here in Maryland to see the warning signs of yet another proposed racially discriminatory law that could increase negative interactions between Black adult citizens and law enforcers: a ban on menthols.

Let us not forget the mothers of Trayvon Martin and Eric Garner who in 2020 courageously issued a public statement warning against the consequences of a proposed menthol cigarette ban. Sybrina Fulton and Gwendolyn Carr stated, “When you ban a product sold mostly in Black communities, you must consider the reality of what will happen to that very same over-represented community in the criminal justice system.”

While proponents argue that a ban on menthols could encourage menthol cigarette smokers to quit smoking cold-turkey, the reality is they will strengthen the existing illicit tobacco market. Just look at Massachusetts. Studies show that illegal sales of menthol cigarettes are more concentrated in communities of color, which leads to greater police presence, citations, fines, and arrests for selling a product that for the past 50 years has been legal.

Possible bans on menthol cigarettes are now being considered throughout the United States, and right here in Maryland, as add-ons to e-cigarette and youth vaping bans. The fact is teen cigarette use has steadily been on the decline over the past decade. Menthols are favored by Black adult citizens, not teens. And despite the harms our community faces, Black adult citizens do still have a right to freedom of choice.

Over the past 30 years, we have reduced tobacco consumption overall across this country by about 40 percent. And we did not do that with the criminal justice community. We did that with education, we did it with treatment, we did it from a health and educational perspective. Let’s continue with that. Let’s not do something that’s going to end up with these unintended consequences of increasing interaction between police and community members.

Major Neill Franklin (Ret.), Former Executive Director of the Law Enforcement Action Partnership (LEAP): “I dedicated 34 years of my life to public safety, enforcing the laws that our legislators placed before me. That’s what cops do, and we trust that those laws are well thought out, studied and based upon sound data and evidence. As we begin to mirror the days of alcohol prohibition with tobacco bans, expect the violence and corruption that comes with the illicit market and add something else, the over criminalization of the black community.”

Jiles Ship, Past President of the National Organization of Black Law Enforcement Executives New Jersey (NOBLE): “Banning menthol cigarettes would be a 21st Century attempt at Prohibition, a past failure of government to restrict a previously legal product. As we learned with Prohibition, every time the government tries to ban something, it seems to cause other problems. And unfortunately, a menthol cigarette ban would be another example of government action that disproportionately disrupts the Black community.”

Charles Billips, National Chair Person of Grand Council of Guardians, “The first question I asked is how are they going to implement this ban on menthol cigarettes, knowing that a large number of Black and Brown people smoke menthol cigarettes? It would be best to educate the communities on the affect it has on our health instead of a ban enforced through Law Enforcement.”

The time is NOW to safely protect the Black and Brown adults in our communities who hope that their lawful, adult choices are protected and not questioned by an enforcement officer. The time is NOW for all who stand for freedom, justice and equality to speak out against all forms of racial discrimination, as well as the systems, laws, bans and policies that perpetuate them.

Lawabiding Black and Brown adults deserve to just BE. Be free to live. Free to live their lives safely. And to reach this, we must, together, speak out against racism and discrimination before it becomes the LAW.