Ravens decline franchise tag use, so what’s next? 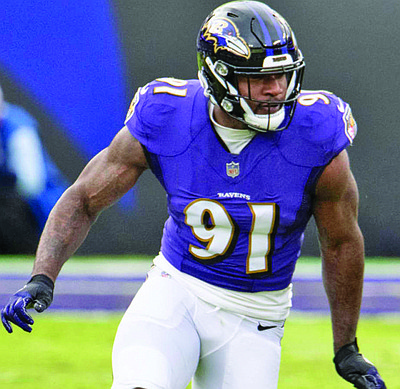 The Baltimore Ravens declined to use the franchise tag despite having multiple players who on the surface appear worthy of it. Tuesday’s 4 p.m. deadline passed without a peep from the front office. Outside linebacker Matthew Judon and defensive end Yannick Ngakoue were the two most likely candidates for the franchise tag.

Both players had the tag placed on them in the past. The Ravens tagged Judon last season, which locked the team in for a $16.808 million cost last season. Ngakoue was tagged by the Jacksonville Jaguars, which warranted a $17.8 million salary. The Jaguars subsequently traded to the Minnesota Vikings for a 2021 second-round pick and 2022 conditional fifth-round pick.

The Ravens sent a 2021 third-round pick and a 2022 conditional fifth-round pick to the Vikings for Ngakoue in October. Giving up draft capital for Ngakoue would make it seem like the Ravens had intentions of keeping him around for the foreseeable future.

Ravens head coach John Harbaugh seemed to indicate that the team would like to have Ngakoue back next season when asked about him in January.

I love the guy, and he wants to contribute. So, going forward, if he [Yannick Ngakoue] chooses, and we work it out and he’s here, it’ll be a little different, because he’ll be here from the beginning, and he’ll be starting, and he’ll get a lot more snaps than he got this year,” Harbaugh said. “He’s a great guy, he’s a very talented guy, he plays hard as heck. He bought in 100 percent to what we’re doing, as far as the different techniques we use, like setting the edge and things like that, and I love him. He’s a great pass rusher, too, and [a] high-motor guy. So, I have nothing but love and respect for ‘Yan’ and the type of player and person that he is.”

Judging from Harbaugh’s comments, it’s pretty likely that Baltimore will find a way to bring Ngakoue back. However, the biggest problem at this point is, not knowing what the salary cap will be, even though the start of free agency is only a few days away.

“It’s such a difficult thing, because we don’t know what the salary cap is going to actually be yet— we still haven’t been told,” Ravens General Manager Eric DeCosta said on Tuesday. “There are a lot of moving parts and these things are very fluid. There are a lot of different ways we can go, and we still have time to make those decisions. So, we’ve definitely talked about a lot of different scenarios with our roster, free agency, players under contract, impending free agents [and] players available on other teams. We look at all that stuff; we’ve been doing that really since November. When the time comes, we’ll have a gameplan and we’ll be ready to attack.”

The Ravens have an assortment of tasks at hand. Baltimore has always had a defensive identity. The team will place an emphasis on improving the defense, which is already stocked with higher priced players such as Marlon Humphrey and Marcus Peters.

The offense had a down year last season but led the NFL in rushing yards per game for the second consecutive year. It’s important to offset that by strengthening the passing game.

The Ravens’ chances to land a free agent wide receiver was bolstered when the Detroit Lions didn’t place the franchise tag on Kenny Golladay and the Tennessee Titans declined to use the tag on Corey Davis.

Adding to the wide receiver group will bode sell for the Ravens as they begin to engage in contract extension discussions with Lamar Jackson. They can always exercise the fifth-year option also. But the quarterback position is one the team would like to have solidified over the long term.

The Ravens will have approximately $24 million in cap space according to Spotrac.com. If they use that money wisely, they can strengthen both the passing game and their defense. A long- term deal for Ngakoue and adding an upper-echelon free agent wide receiver would quickly take up all of their cap space and possibly force the Ravens to release some veteran players or restructure some deals.

The ball’s in your court Eric DeCosta. Will you take [and make] the shot?