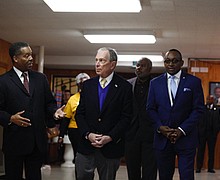 Mike Bloomberg Makes History With The Black Press Of America

“The Bloomberg campaign’s initiative is groundbreaking, and it goes to significantly increasing the economic health of African Americans by tripling their net worth,” said Columbia, South Carolina Mayor Steve Benjamin, who co-chairs Bloomberg’s campaign. “The Bloomberg model is intentionally focused ... 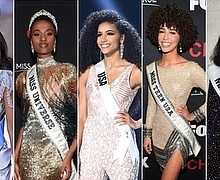 5 Titleholders Of Major Pageants Are All Women Of Color

"I grew up in a world where a woman who looks like me -- with my kind of skin and my kind of hair -- was never considered to be beautiful, I think it is time that that stops today."

In the aftermath of Hurricane Dorian, our brothers and sisters in the Bahamas continue to struggle to rebuild their lives and reconstruct their beautiful islands.The committee of Caribbean organizations and supportive Baltimore entities headed by Dr. Elaine Simon, will coordinate ...

Black Pilot Flying With A Mission Of Diversity

"I saw myself living myself to the fullest and inspiring others to do the same. Most importantly, I saw myself finding the courage to face the biggest fear in my life and enjoying the fuck out of it," he said. ...

Zimbabwe's former president Robert Mugabe, who was once feted as an independence hero but whose 37-year rule left his country deeply divided and nearly broke, has died at the age of 95. 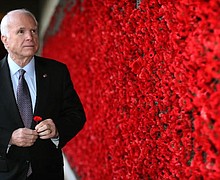 McCain, who has died at the age of 81, was a naval bomber pilot, prisoner of war, conservative maverick, giant of the Senate, twice-defeated presidential candidate and an abrasive American hero with a twinkle in his eye.

Pasadena Native Serves With U.S. Navy Half a World Away

“We have to help beyond borders,” Stokes, said. “We go where we’re needed, and we will visit those places devastated by the hurricane until we see real recovery.”

"The struggle continues. Blacks are still in need of achieving true economic parity and inclusion," said Jackson. "We need greater access to capital, credit, formal education and higher wages because many blacks are the working poor."

Representative Cedric Richmond, the chairman of the Congressional Black Caucus (CBC) railed against President Donald Trump’s boasts about the economy, especially his claims about the black community, in a blistering response to the president’s State of the Union (SOTU) address.

One year after women took to the streets in droves to protest President Donald Trump's inauguration, marchers are gathering again in cities across the country and around the world in a sharp rebuke of Trump's presidency and in continuation of ... 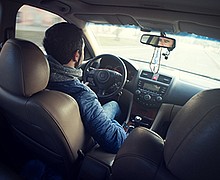 Lyft is making its first stop outside of the U.S. 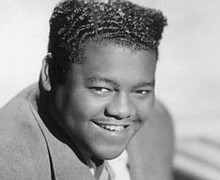 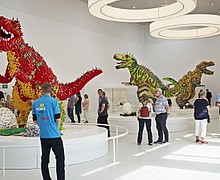