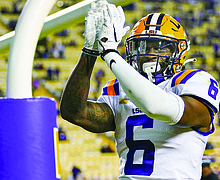 Popular Choice: Terrace Marshall to Ravens in first round

With the 2021 NFL Draft less than two weeks away, the Baltimore Ravens appear more and more likely to take a wide receiver with the 27th pick. LSU wide receiver Jamar Chase is the consensus top player at the position ... 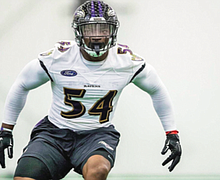 Tyus Bowser happy to be back with Ravens

Entering the free agent period with multiple pass rushers with expiring contracts was an unforgiving situation for the Baltimore Ravens. Defensive coordinator Don ‘Wink’ Martindale likes to get after the quarterbacks. The outside linebackers play a key role in executing ... 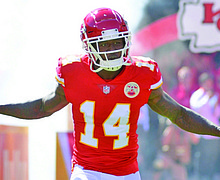 Sammy Watkins is next to help Ravens WR group

It has been four seasons since a Baltimore Ravens wide receiver finished with 1,000 or more receiving yards. Mike Wallace was the last receiver to do so when he posted 1,017 yards in 2016. Wallace was one of various veteran ... 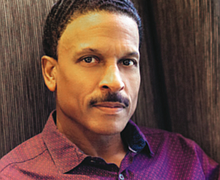 Google “Civil Rights Movement” and you’re likely to find photos of throngs of Black people sitting together at counters, meeting in churches, marching side by side in streets; strengthened by the knowledge that they are in the fight together. 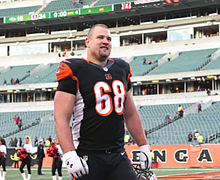 The Baltimore Ravens have been desperately in need of an interior offensive lineman since guard Marshall Yanda retired after the 2019 season. Ravens general manager Eric DeCosta believes they may have found the perfect guy for the job. 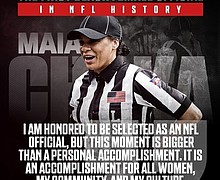 Maia Chaka knows well that Women’s History Month is all about commemorating, observing and celebrating the vital role of the fairer sex in American folklore. She just didn’t know she would become a part of that history. 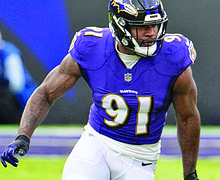 Ravens decline franchise tag use, so what’s next?

The Baltimore Ravens declined to use the franchise tag despite having multiple players who on the surface appear worthy of it. Tuesday’s 4 p.m. deadline passed without a peep from the front office. Outside linebacker Matthew Judon and defensive end ... 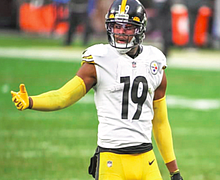 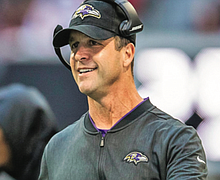 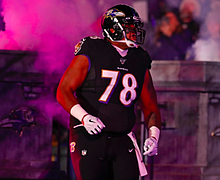 What to make of Ravens and Orlando Brown Jr

Will the Ravens grant him his wish? 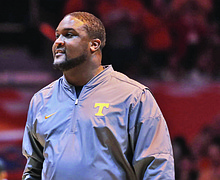 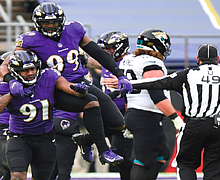 The Baltimore Ravens have established a reputation of strength as a defensive team. Entering last season, GM Eric DeCosta signed free agents Calais Campbell and Derek Wolfe in addition to selecting Patrick Queen in the first round of the draft. 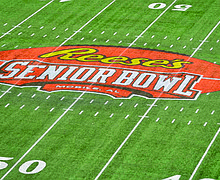 It’s that time of the year again. The third week of January is when the NFL shifts its focus to Mobile, Alabama the home of the Reese’s Senior Bowl. 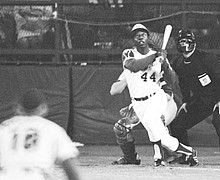 Baseball legend Hank Aaron is remembered today as one of the greatest to ever play the game. Crucial to his legacy is that unlike his White counterparts, he pulled off his most significant achievements while enduring pervasive racism. 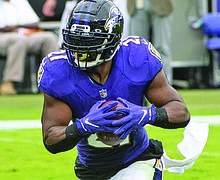 Mark Ingram’s impact on Ravens should not go unnoticed

The Baltimore Ravens announced on Tuesday, January 19, 2021, that veteran running back Mark Ingram was released.