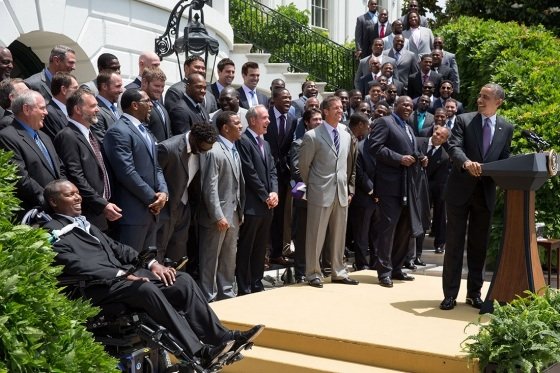 Super Bowl XLVII Champion Baltimore Ravens were honored at the White House on Wednesday, June 5, 2013. The visit continues the tradition begun by President Barack Obama of honoring sports teams for their efforts to give back to communities as part of their trip to Washington, D.C. On the South Lawn at the White House, President Obama praised the Ravens not only for the goal line stand that sealed the team’s second Super Bowl trophy but its charitable work in Baltimore as well.