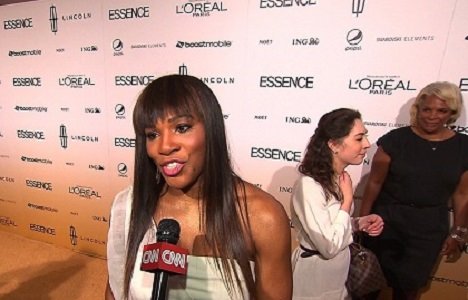 Serena Williams speaks to CNN on the red carpet of the 2011 Essence Black Women of Hollywood Awards.

Serena Williams: Knee injury forces world No. 1 to pull out of Hopman Cup

Williams says she's been "pushing herself beyond the limits"

World No.1 Serena Williams has withdrawn from the Hopman Cup as she continues to manage a knee injury ahead of her Australian Open title defense.

On the tough streets of Compton in the late 1980s, a crowd of school children looked on as an imposing middle-aged man berated two young black girls.

Serena Williams: 'Superhero' on and off court?

She hasn't played since shock defeat at the U.S. Open due to injury

She's seemingly almost superhuman on the tennis court -- and now Serena Williams says her "superhero sense" helped thwart the theft of her phone.

She stands on the brink of writing another chapter in tennis history, but Serena Williams has other things on her mind just now.

Serena Williams, a champion on and off court

Serena Jameka Williams is more than one of the greatest tennis players in the world. She comes from a Black American family that has come to epitomize what it means to consistently struggle and triumph to success in professional sports and in family life. Most importantly, however, is Serena’s demonstrated commitment to freedom, justice and equality.

Serena Williams did it again.

Serena Williams retained her U.S. Open title with a hard-fought 7-5 6-7 6-1 victory over Victoria Azarenka in an gripping final at Flushing Meadows Sunday.

Tennis ace Serena Williams clarified Wednesday the controversial comments she made in a magazine article about the victim's role in the Steubenville, Ohio, rape case that garnered national headlines earlier this year.