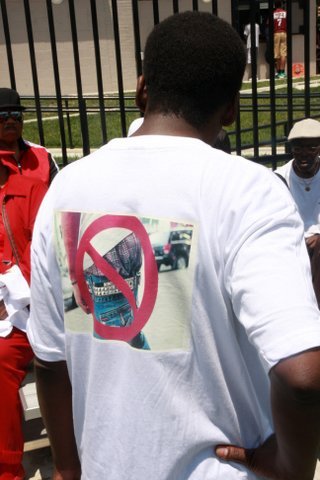 Bell shows the back of his shirt, which urges men to say no to sagging pants

Former Baltimore City Council President Lawrence A. Bell III says he is tired of seeing African American boys and men walking around with their pants sagging.