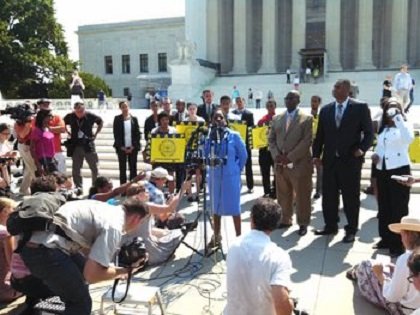 Barbara Arnwine, President & Executive Director of the national Lawyers' Committee for Civil Rights Under Law ... says the SCOTUS ruling on voting rights undercuts a "great preventative stop sign" against voter suppression. She talked to the press on Tuesday, June 25, 2013 after the SCOTUS reached their decision.

Blacks must speak outside the language of race, Part II

It was a law passed at the height of America's civil rights movement, when citizens in parts of the country were fighting each other and sometimes authorities over how skin color impacts a person's place in a democracy.