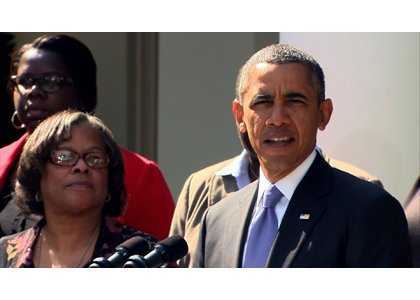 President Barack Obama on Tuesday, October 1, 2013, urged House Republicans to "reopen the government," saying they "don't get to hold the entire economy hostage over ideological demands" of defunding or dismantling Obamacare.

Although the shutdown of the federal government that began Tuesday is affecting all Americans, a disproportionate portion of the 800,000 furloughed federal workers are African Americans, according to the U.S. Office of Personnel Management.