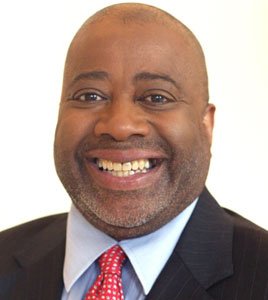 I am really getting fed up with the constant drumbeat of criticism of Donald Trump’s campaign, especially the criticism coming from Black Republicans.

A tale of two conventions

Having attended the Republican National Convention (RNC) in Cleveland two weeks ago and having intently watched the Democratic National Convention (DNC) on TV last week, I couldn’t help but notice how distorted both conventions were, especially in terms of the media’s coverage of them.

Cleveland’s RNC was the whitest convention I’ve ever attended

As I boarded my return flight to D.C. from last week’s Republican convention in Cleveland, Ohio, I began to reflect on what I saw and I began to ponder how I could put to paper my experiences in this column.

This is why ESPN is the Republican Party of sports television

I am quite fond of saying about Republicans when it comes to Blacks, “Even when they try to do the right thing, they do it the wrong way.”

As long as the Republican Party continues to be dominated by the same ol’, same ol’ White male staffers, consultants, and aides, they will continue to alienate the Black community.

Five things that the Republican party gets totally wrong about race

While there is no denying that Donald Trump has had a terrible past couple of weeks with his dogged focus on some obscure federal judge in San Diego, I think Trump can right the ship, but he has an extremely narrow window to do so.

Traditional values are popular in the black community

What do these four people all have in common: Wardell Stephen “Steph” Curry, II, better known as Steph Curry, Ayesha Alexander Curry, Carvin Haggins and BriaMarie?

I have repeatedly heard many of the talking heads in Washington, D.C. and the Republican establishment accuses Donald Trump and his presidential campaign of engaging in a hostile takeover of the Republican Party. I agree with them.

Every time I think the media has sunk below the point of no return on the scale of embarrassment; they prove to the world that there is truly no floor for how low they can go.

I am sick and tired of all the hypocrisy swirling around pro athletes and the National Football League (NFL) in particular.

By now most people have heard how Ray Rice has been thrown under the bus by the National Football League (NFL) and his former team, the Baltimore Ravens.

Residents of Ferguson need to make a change

Some have argued that Ferguson is symbolic of “inner city America.” They argue that Ferguson is about racism, hopelessness, structural and systemic discrimination, and blacks who feel helpless.

Do we perpetuate black stereotypes?

Many African Americans feel like there has been an unofficial war declared on blacks, especially young black males.

Donald Sterling’s racist rant about blacks last month put a huge amount of focus on professional athletes. Many sports writers and fans have labeled today’s athletes as spoiled, ungrateful, prima donnas who have no appreciation for those who came before them.