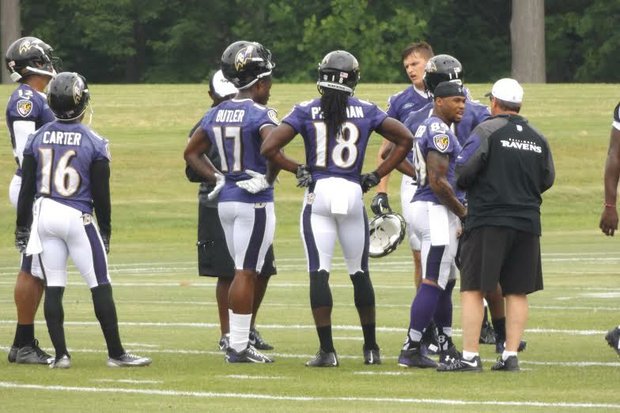 The talk of mini-camp has been second year receiver Jeremy Butler. Butler has caught everything that has been thrown his way. He was able to use his 6-2 215 pound frame to get positioning against cornerbacks and come up with the catch. Butler worked the middle of the field when he lined up outside and made some nice catches on corner routes from the slot.