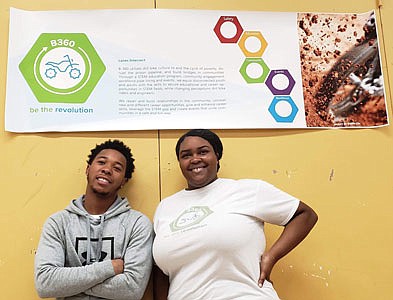 B-360 founder Brittany Young and Chino Braxton during the event. Young who is an engineer launched the program in March 2017 and to date B-360 has provided service to more than over 2,200 students.