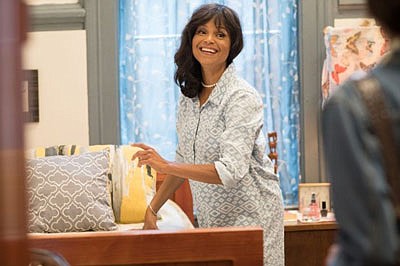 Emmy-nominated actress Victoria Rowell in a scene from "Jacqueline and Jilly," a new feature series currently airing on the Urban Movie channel. The series, which has already received critical acclaim was written, produced and directed Rowell.

A new feature series, “Jacqueline and Jilly,” currently airing on the Urban Movie channel, will be screened at AMC Owings Mills 17 Theatre on Friday, January 11, 2019, is the story about one family.