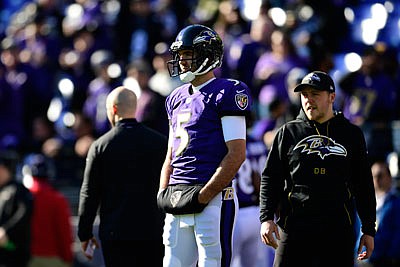 Baltimore Ravens starting quarterback Joe Flacco's last game action came in week 9 in the Ravens 23 - 16 loss to the Pittsburgh Steelers. Not only did Flacco give Baltimore a Super Bowl title, he was also part of various community outreach activities and became a beloved athlete in the city.

It's The End Of An Era For The Ravens

As the final seconds ticked off the clock in the Baltimore Ravens playoff loss to the Los Angeles Chargers, quarterback Joe Flacco stood on the home sideline for the last time at M&T Bank Stadium. After spending all of his 11 NFL seasons in Baltimore, a change is on the horizon.