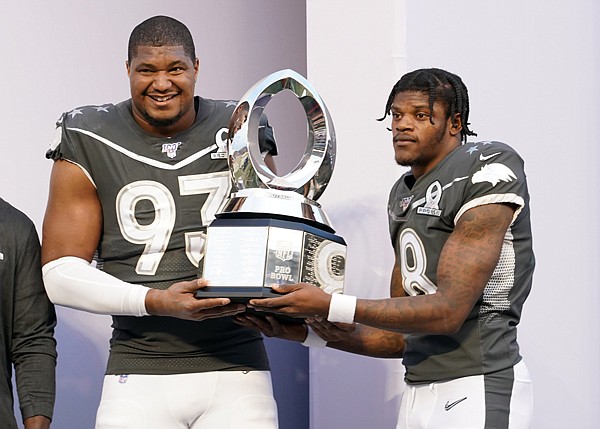 Calais Campbell has agreed to a two-year, $27 million contract extension with the Baltimore Ravens after a trade with the Jacksonville Jaguars for a fifth-round pick in the 2020 NFL Draft. (Above) The 2020 Pro Bowl Defensive MVP Calais Campbell and Offensive MVP Lamar Jackson holding the MVP trophy.

The Baltimore Ravens season ended with a humiliating 28-12 loss to the Tennessee Titans at M&T Bank Stadium in the divisional round of the playoffs. During the game, Titans running back Derrick Henry powered his way to 195 yards on 30 carries.