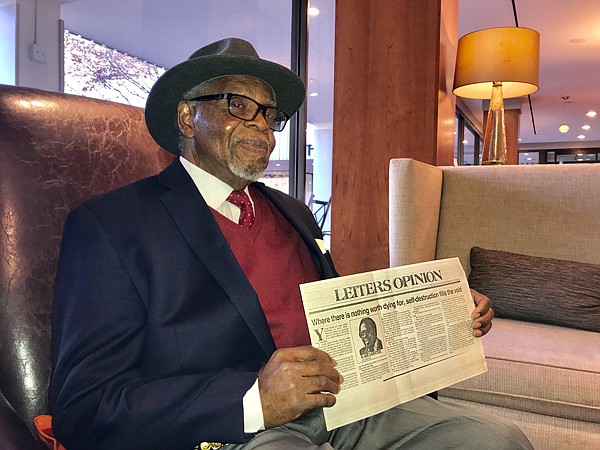 Dr. E. Lee Lassiter holds a copy of his column featured in the September 23, 1985 edition of The News American. In 1965, Dr. Lassiter became the second African American to be hired by the paper in the Editorial department. The retired journalist and former Coppin State University college professor graduated from Tuskegee Institute (now Tuskegee University) in 1959 with a B.S. degree in Secondary Education. He received an M.S. in Journalism from Boston University in 1963. He would later earn a doctorate from Morgan State University in 1994.

Part II of a two-part series on retired columnist Dr. E. Lee Lassiter. In 1965, he became the second African American to be hired by The News American in the Editorial department.