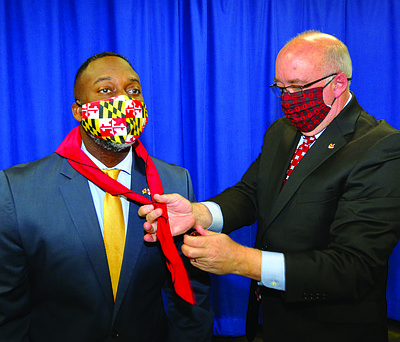 Ellicott City, MD –Howard County Executive Calvin Ball was presented the Good Scout Award from the National Pike District of Boy Scouts of America on February 9, 2021. The Good Scout Award is presented to those who exemplify, in their daily lives, the values and ideals of the Boy Scouts of America, which are expressed in the Scout Oath and Scout Law.