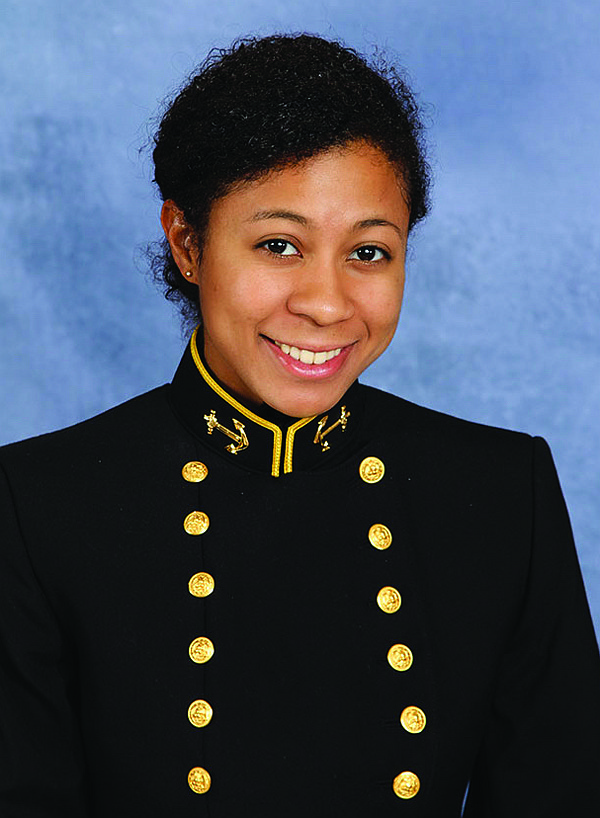 Drum Major Award Midshipman First Class Madeleine Cooke is originally from Maryland.
Cooke and her family ultimately settled in New York City, where Cooke graduated from St. Saviour High School in Brooklyn. During high school, Cooke volunteered at the St. Saviour Church food pantry. She now attends the U.S. Naval Academy, where she consistently meets the Academy’s mental, moral, and physical mission with resolve and grit and has been an exemplary leader. At the Naval Academy, Cooke is the president of the Midshipman Black Studies Club, which works to empower future leaders of the U.S. Navy and U.S. Marine Corps.