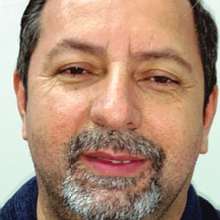 Alan Hillard Legum Civil Rights Award Walter Vasquez was born and raised in El Salvador. Vasquez later moved to Miami before ultimately settling in Annapolis. There, he opened Sin Fronteras, a Mexican-Latin American restaurant with locations in Annapolis and Glen Burnie. Since his time in Maryland, Vasquez has been an advocate for greater Hispanic and multicultural representation in Annapolis government and economic planning. This month, Vasquez opened Annapolis International Market, an international grocery store which he hopes will help stimulate cultural growth for his shoppers and the community.