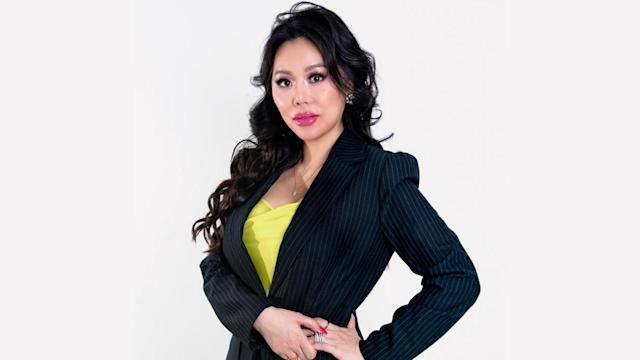 At 35.5 percent, the latest Census notes that the Asian population counts as America’s fastest-growing racial group.

Yet Asian hate continues to dominate headlines, with The Center for the Study of Hate and Extremism recently revealing a 150 percent increase in anti-Asian hate crimes from 2019 to 2020.

Diane Yoo, a second-generation daughter of Korean immigrants and the first woman general partner for Healthtech and MedTech venture platform, is working to change how America and the world view Asian women.

The co-founder of the media platform “Identity Unveiled,” Yoo says she wants to make a difference by her investments to invigorate Asian-American women in venture capital and finance.

“The purpose behind Identity Unveiled is to showcase the stories of Asian-American women,” Yoo asserted. “I want people to know their resilience, and their stories, however different they all might be, of Asian-American women and their resilience. Identity Unveiled is an important tool and point of reference for people outside of the community to learn about us.”

Yoo said the Asian-American experience— particularly that of women— has recently proven difficult, even frightening.

“Look, in Texas, we are used to saying hello to every living thing,” Yoo explained. “In New York, they won’t even make eye contact. So when I walk down the street, I can see the fear in [Asian women] eyes because one wrong look and you can get hurt.”

Yoo said her generation had experienced a lot of Asian hate. She recalled living in a one-bedroom apartment with newspaper as furniture and a car that didn’t often work.

“My parents worked five jobs, and my father, who came from a family of entrepreneurs, forfeited his inheritance and started from the bottom,” Yoo exclaimed. “He was a table waiter, a brown bagger. He sacrificed a lot and even ate salt cubes just to keep up with all of the manual labor he had to do.”

Yoo regularly struggled with her cultural identity and experienced racism. She demands better for Asian-American women, and she has worked toward that end.

Yoo has seen more than 30 investments in various industries and has created 15 funds over just one year. She said her goal is to close the gap of opportunities experienced by Asian-Americans.

“I am an investment partner….. I put my money where my mouth is, and I use it to empower women,” Yoo declared. “I’m passionate about seeing Asian-American women at the top levels, as entrepreneurs, and I’m using my platforms to combat Asian hate.”

“We [Asian-American women] are seen as soft-spoken, submissive, or a dragon lady. We can kick all of that to the curb by saying, ‘here’s our story.’”

Yoo is further determined to change the narrative around Asian-American women and the violence they’ve faced. She recalled one incident in New York earlier this year when a crazed man brutally attacked a 65-year-old Asian woman in which surveillance cameras showed two doormen watching the assault happening in front of their building.

“It could have been me,” Yoo remarked.

“I might have looked at the guy when he had a bad day, and I might have been in the hospital.  But Asian women are having success, and later this year, I’m coming out with a white paper to examine the kind of information that we are putting out there because I believe there needs to be more data on the success of Asian-American women.”

“We need to put more [positive] stories out there. It’s a way to move the needle, and I think these stories can systematically change points of view.”