The idea for a guidebook came to first time author Dunbar High alumna and longtime youth advocate Albert Phillips Jr. after years of providing supportive employment services to hundreds of Baltimore’s most vulnerable and under supported youth. This year, Phillips wrote and released, “Y’all Hiring?” a practical, culturally relevant guide for black youth seeking to obtain, maintain and exit a job in a thoughtful manner.

Phillips, age 30 is a youth advocate and graduate of both Morgan State University for undergrad and Johns Hopkins University for his masters in education here in Baltimore, his hometown.

Despite being a product of academia, Phillips credits both of his grandmothers and his fiancée, whom he now supports on her journey to becoming a lawyer for his success. He says his grandmothers still pray for him and his paternal grandmother who is new to Facebook at 70 plus, is cheering him and his new book project on every step of the way.

His grandmothers weren’t his only supporters. He started a Kickstarter at the height of the pandemic in April, and was backed financially by 168 people to the tune of $4,814 to help bring his book project to life!

“In the middle of a global health pandemic where millions of people are losing jobs and the global economy is being turned on its head, people supported me. Through stress, tears and heightened anxiety, people showed up for me— trusted me to show up for our youth,” said Phillips, who is forever grateful to his early supporters.

Immediately following high school and throughout his journey in academia, Phillips worked with organizations like YMCA, Big Brothers Big Sisters, THREAD, and the UMBC Choice Program where he has expounded on his expertise on the needs of youth and their families in Baltimore City.

Currently, Phillips works as a work- based learning specialist with Baltimore City Public Schools (BCPS) in the Office of College and Career Readiness, helping students gain access to work- based learning opportunities, including career exploration, professional development and career preparation.

The wordsmith is inspired by his father Albert Phillips Sr., an educator who invested in his son getting a better education— even if it meant moving neighborhoods. Because of the example set by his father, Phillips says he is invested in the youth today.

“The youth are a pivotal part of our world and if we continue to neglect and forsake them, then we’re going to continue to see a lot of issues when it comes to violence and not being connected to school, ” said Phillips.

The Baltimore native says his book “Y’all Hiring” provides a much-needed framework that reminds teens of their greatness while preparing them for the world of work. He further said that his first job was with an extension of Youth Works as a camp counselor over at Harlem Park at the age of 14. He details his experience with a manager and how he handled challenging situations in finding differences in upbringing, work styles, and obedience in the workplace. In the book, there are three parts chronicling getting a job, promotions and even leaving a job. “The book is not theoretical and I use my real-life experiences throughout… I use examples of where I messed up so that hopefully our teens can avoid that,” Phillips said.

The Hopkins grad and first time author believes that anti-blackness permeates current American work culture, and even though a lot of businesses proclaim that they are equal opportunity employers or were quick to come up with Black Lives Matter slogans to show their supposed support of people of color, the policies needed are not being put in place.

“It’s a political move and it’s trendy to show you care about Black people— but policy, structure and increases in pay, and accountability for the treatment of Black talent within organizations is what we really need in the workforce,” said Phillips.

It comes as no surprise with all that 2020 has brought us that milestone bans regarding the way our hair grows from our heads naturally affecting job acquisition are being enacted. Milestone bans like “The Crown Act” are coming into effect in 2020, nearly 60 years after the end of the Civil Rights Movement.

“Not that it eradicates racism or all of a sudden makes people more sympathetic but I think this was an integral ban because now people have something to leverage if they ever feel they are being discriminated against. And, I talk about that in my book a bit, as it relates to teens,” said Phillips.

The book, which is dedicated to the black youth of the world, is the first in a series that Phillips plans to release in the future.

“They should know that they are valuable, omnipotent and exactly what our ancestors prayed for… If not the youth, then who else will lead us to a world of solace and serenity,” Phillips answered, when asked why focus on youth and why now?

For more information about Albert Phillips Jr. or to purchase his book, visit: www.albertphillipsjr.com. 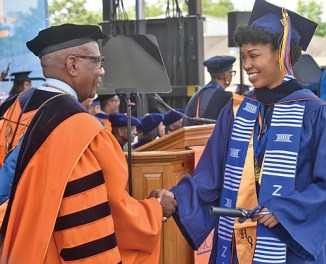